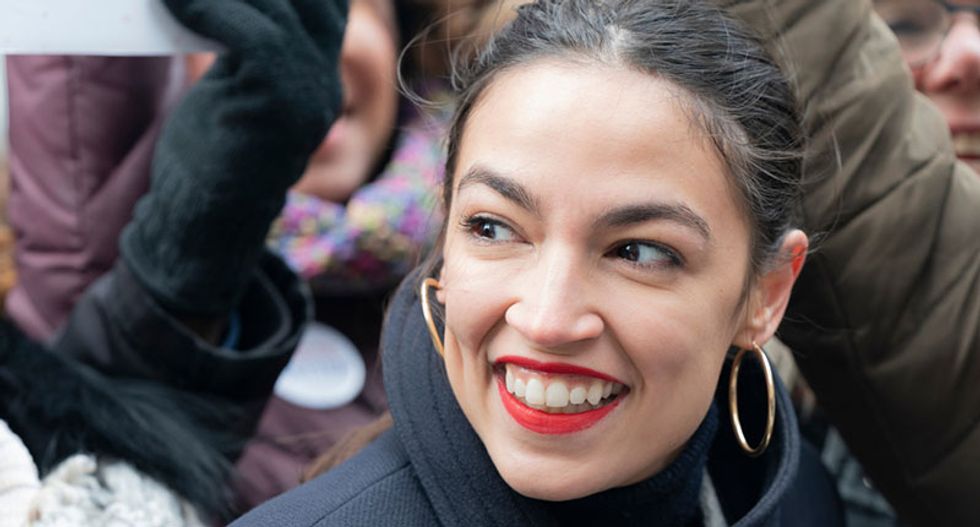 After taking back the House in the November midterms, in large part because of health care, Democrats held their first hearing in January on the rising and often exorbitant cost of prescription drugs. This week, the House majority followed up with a package of legislation aimed at lowering the cost of prescription drugs and reversing the Trump administration's efforts to dismantle the Affordable Care Act.

Essentially, Democrats dared Republicans to vote against lower drug prices because of their longstanding opposition to Obamacare. The gambit worked, with the trio of bills passing on Thursday with the support of five Republicans. Furthermore, this move made clear that some in the GOP are quicker to cry tears in defense of corporate profits than for the Americans dependent on lifesaving medicine that is many times more expensive in the U.S. than other developed nations.

Daniel O'Day, the chairman and CEO of Gilead, was grilled by Democratic lawmakers on Thursday. Although Gilead is the leading US manufacturer of HIV drugs, only about 18% of the 1.1 million people in the U.S. at risk for HIV infections are currently taking its prevention drug Truvada. Democrats contended that that means preventable infections are occurring every day because of Gilead’s business model.

"How can Gilead do this?" Oversight Committee chair Elijah Cummings, D-Md., asked O’Day. "This treatment was developed as a result of investment made by the American taxpayers." Cummings then answered his own question, saying that "the problem is that Gilead, the company that now sells the drug, charges astronomical prices."

The Centers for Disease Control (CDC) originally filed a patent application for Truvada in 2006, after it discovered the drug's ability to prevent HIV infection in a federal primate lab in Atlanta.

"How can our system allow a company to take a drug treatment that was developed with taxpayer funds and abuse its monopoly to charge such astronomical prices?" Cummings pressed O’Day.

Rep. Alexandra Ocasio-Cortez, D-N.Y., also piled on O'Day. "You're the CEO of Gilead. Is it true that Gilead made $3 billion in profits from Truvada in 2018?" she asked.

“There’s no reason this should be $2,000 a month," Ocasio-Cortez insisted. "People are dying because of it and there’s no enforceable reason for it.”

O’Day argued that the astronomical price difference is due to government regulation, not corporate greed.

“We the people developed this drug!” Ocasio-Cortez shot back.

After another freshman Democrat, Rep. Katie Hill of California, questioned the CEO about the company's revenue, which she quoted at $22 billion in 2018, and the compensation of its highest-ranking executives, including O’Day’s recent $30 million signing bonus, Republicans lost it.

“I just cannot understand why we are spending time sitting here listening to people lecturing companies about making money. I hope you make a lot of money,” Rep. Chip Roy, R-Texas, said in a two-minute outburst.

"But to sit here and attack the capitalistic system that produces and distributes medicine that is saving lives around the world? I mean it is just offensive!"

Roy, a freshman Republican who won election last November by just 3 percentage points, continued with his sour-faced, hand-waving tirade: "I hope you make a lot of money! ... How much cash on hand does Apple have? $245 billion. How much has Apple done to go cure health?"

He was later joined in indignation by the committee's ranking Republican member Rep. Jim Jordan of Ohio.

“Rather than applaud Gilead for manufacturing this miracle drug, they wish to demonize the company for making a profit,” said Jordan, who complained in April in letters to the drug companies that he believed his committee’s investigation was a partisan attempt to influence stock prices. “I fear that my colleagues are using today's hearing as a platform to strong-arm private companies making breakthrough discoveries, all because they are upset at how markets work. The reality is that while Gilead has made money on this drug there doesn’t seem to be genuine issues with access.”

Medical experts, however, appear to disagree.

“I believe that the root cause of low access is the high price of the medication,” testified Dr. Robert Grant, a professor at the University of California, San Francisco.