Misogynists who hate misogynists: The bizarre ways rival anti-women groups feud with each other 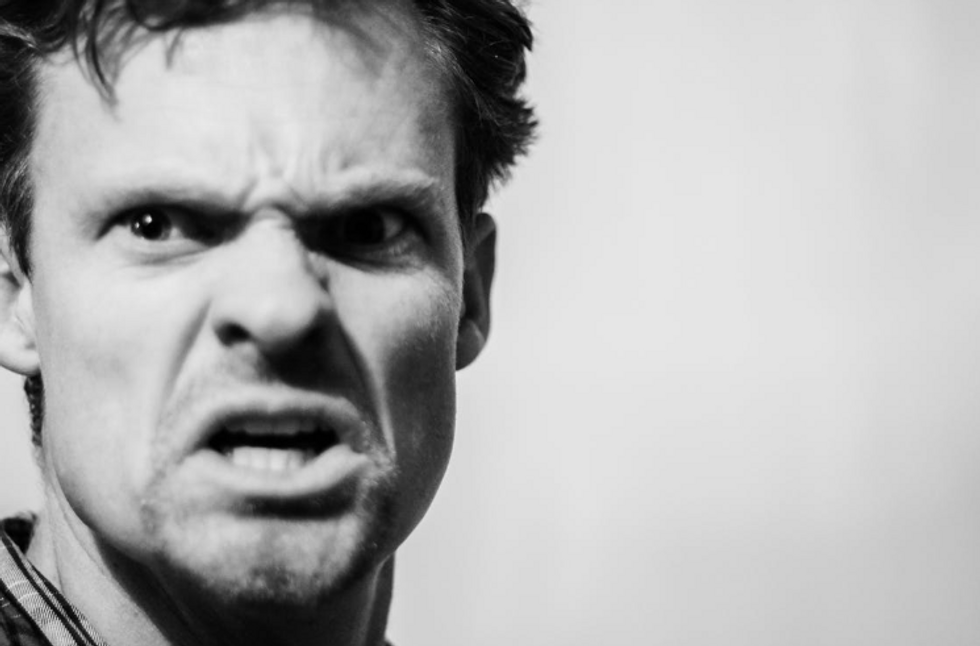 President Ronald Reagan famously asserted that someone who agreed with him 80% of the time was an “80% friend” rather than a “20% enemy,” which is how he was able to oversee a fragile right-wing coalition of libertarians, Goldwater Republicans, Rockefeller Republicans, neocons, and theocratic Christian Right fundamentalists — despite their differences. Similarly, House Speaker Nancy Pelosi, in 2019, finds herself overseeing a big bent of Democrats who range from unapologetically liberal/progressive to more centrist. Pelosi is a pragmatist.

But extremist movements are not known for being pragmatic, having a big tent approach or putting together diverse coalitions. They demand ideological purity. They will not agree to disagree.

And that all-or-nothing mentality is alive and well in the bizarre, twisted and disturbing world that is the fractured misogynist movement.

Not unlike Trotskyites and Maoists who absolutely detest one another or the Sunni Islamists of al-Qaeda and the Taliban who consider Shiite Islamists no better than atheists, misogynist groups often have a profound hatred of other misogynist groups. On the surface, it seems like the PUA (pickup artist) and MGTOW (Men Going Their Own Way) schools of extreme anti-feminism would find common ground and bond over their hatred of women. But misogynists are hardly one big happy family.

Here are some of the misogynist factions that often express an intense disdain for rival groups of misogynists.

Roosh Valizadeh is one of the ideological leaders of the PUA (pickup artist) or “neomasculinist” school of anti-feminism, and his website Return of Kings (which received considerable traffic before it went on hiatus) was classified as a hate site by the Southern Poverty Law Center thanks to offensive headlines like “Don’t Work for a Female Boss.” But Return of Kings has been highly critical of MGTOW, a separatist movement of misogynists who want to avoid women altogether. In numerous articles, Return of Kings argued that instead of being male separatists, MGTOWs needed to fight for a patriarchal society in which men are dominant and control all aspects of society. Return of Kings viewed the election of President Donald Trump in 2016 as a major victory for PUAs.

In an August 1, 2016 article for Return of Kings, PUA proponent Corey Savage described MGTOWs as “cringeworthy” and “stuck and lost” for being controlled by their “bitterness and frustration.” And in a June 6, 2016 piece, Savage attacked MGTOWs for showing a “self-pitying victim mentality”—which, according to Savage, does nothing to advance the patriarchal society anti-feminists should be fighting for.

When liberals and progressives put together peaceful, nonviolent political demonstrations back in the 1980s, the organizers would always hate it when fringe communist groups would show up uninvited and get into confrontations with other fringe communist groups. For example, the Trotskyist Spartacus Forum and the Maoist/Stalinist Revolutionary Communist Party (RCP) were notorious for their hatred of one another—and they had no interest in finding common ground. Similarly, the PUA and MGTOW schools of misogyny have no desire to bond over their mutual disdain for feminism.

Return of Kings and other PUA/“neomasculinist” sites are bitterly anti-feminist; MGTOW blogs are also bitterly anti-feminist. But as MGTOWs see it, the problem with the PUA crowd is that they seek to ultimately dominate and control women when they should be avoiding them altogether. PUAs believe in romantic relationships if women are completely submissive and reject feminism completely; MGTOWs embrace a separatist philosophy. And the PUA/MGTOW debates of 2014, 2015 and 2016 would become especially dark and troubling when Return of Kings would publish an article claiming that the way to attract women is to mistreat them—and MGTOWs would indignantly respond that mistreating women is still giving them what they want.

PUA misogynists often speak of taking the “red pill,” which means rejecting feminism altogether and fighting for a patriarchal society; incels, however, speak of “the black pill,” which means accepting that they will never be attractive to women. PUAs argue that ultimately, “neomasculinists” can defeat feminism by being manly, seducing women and encouraging women to embrace patriarchy; Return of Kings published a bizarre combination of “how to get laid” articles and articles sympathetic to the Christian Right. Incels, however, have given up on the idea of seduction and consider themselves “involuntarily celibate.”

The frightening incel subculture resulted in an act of domestic terrorism on May 23, 2014, when California resident Elliot Rodger (an incel) killed six people as a way of expressing his hatred of women. And Return of Kings published many articles describing Rodger as a prime example of why PUAs consider incels to be weak and pathetic. In a May 28, 2014 listicle, Valizadeh argued that if Rodger had taken the “red pill” and embraced a PUA view of “self-improvement,” he could have overcome his “dark traits of narcissism, entitlement, loserdom and hopelessness.”

The misogynist articles written in response to Rodger’s act of domestic terrorism underscored the deep divisions within the misogynist movement. While some incel blogs—horrifyingly—exalted Rodger as a hero, Valizadeh saw him as a weak-minded “social justice warrior” who had been poisoned by liberalism.

Liberals and progressives, of course, were horrified by Rodger’s terrorist act, but just as some people on the right will make the ludicrous argument that Hitler and Mussolini were liberals, PUAs view incels as having the traits of liberalism.

Truth is stranger than fiction, and there is no limit to how bizarre and outrageous misogynists can be when they’re fighting with other misogynists.