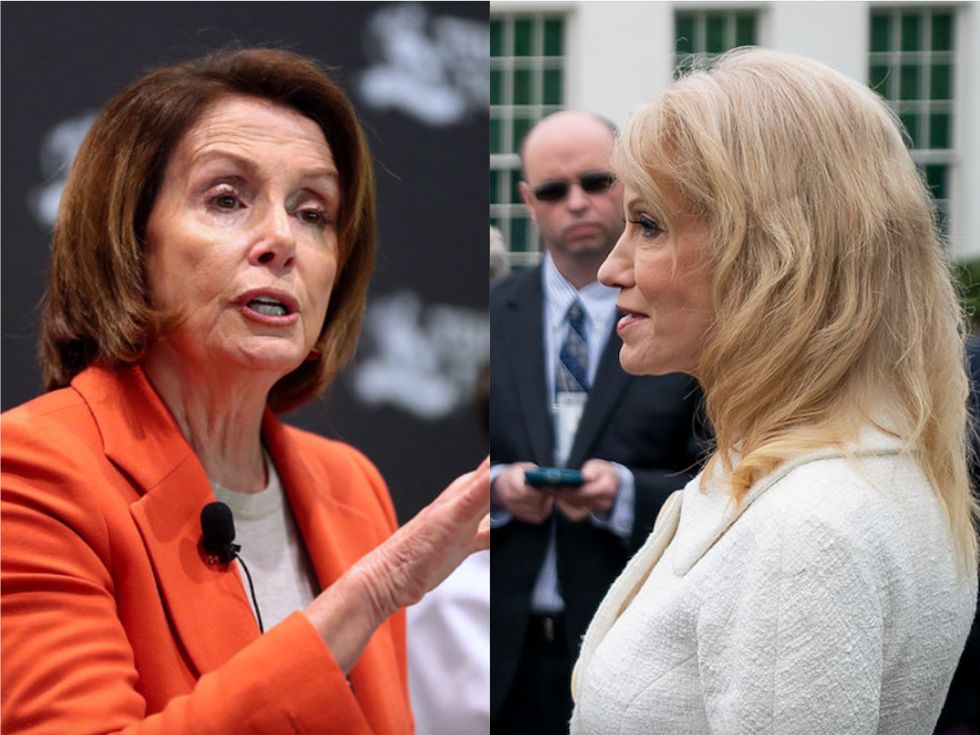 Kellyanne Conway, the counselor to President Donald Trump, always seems to have some way to make herself into a victim.

In a new report from the New York Times about Trump's blow up during infrastructure talks with Democrats on Wednesday, one detail stood out that shows this habit from Conway. House Speaker Nancy Pelosi appears to have gotten under Trump's skin, and the president stormed out of the meeting:

After Mr. Trump walked out, Ms. Pelosi turned to other Democrats there and recounted a story about how Thomas Jefferson and Theodore Roosevelt had each brought people together to solve infrastructure problems.

“I knew he was looking for a way out,” Ms. Pelosi concluded. “We were expecting this.”

Ms. Pelosi said she was responding to the president, not members of his staff.

The report doesn't provide any further details, but it's difficult to imagine Pelosi not rolling her eyes at the sarcastic remark. It's not even entirely clear what Conway is trying to say, but there's certainly nothing sexist about the first female House speaker in history insisting that she should be treated as an equal to the president. There's no reason Pelosi should be sending messages back and forth through staff when the president refuses to have a serious conversation.

However, the remark does jibe with Conway's public performances. Whenever she appears on TV news to defend the president or the administration, she is constantly feigning grievances, pretending that she and the president are unjustly called liars, and firing off baseless attacks. The Times report suggests that this persona is not just an act for the cameras — it's how she behaves behind closed doors, too.