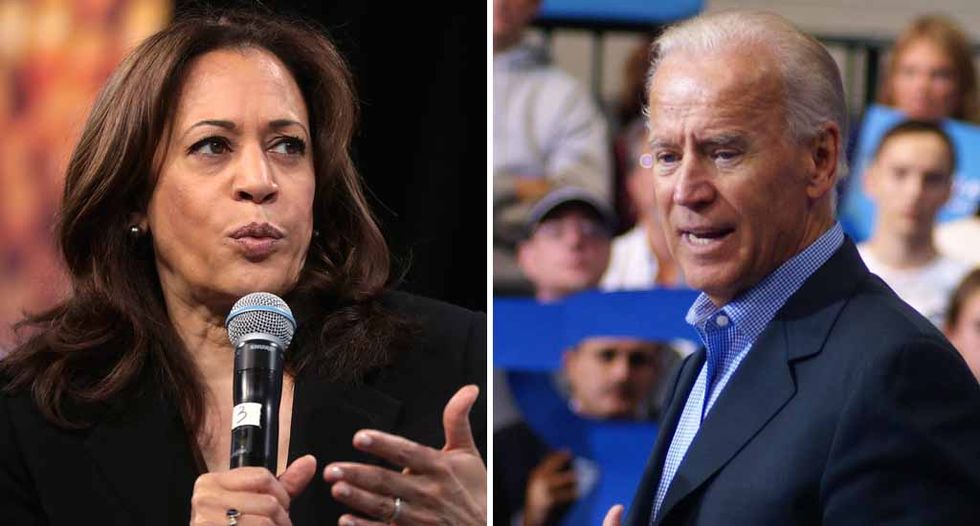 Sen. Kamala Harris (D-CA) on Wednesday delivered a searing response when asked about talk she'd make the perfect candidate for vice president, noting that one member of the 2020 Democratic field has already proven they know how to do the job: former Vice President Joe Biden.

Kamala Harris here in NH: “I think Joe Biden would be a great runningmate. As vice president he’s shown he can do the job.”
— Steve Peoples (@Steve Peoples)1557935717.0

Harris’ response comes after Politico on Monday reported senior members of the Congressional Black Caucus view a Biden-Harris matchup as “a dream ticket.”

Speaking with reporters in Nashua, New Hampshire, Harris also hit Biden for his support of the 1994 crime bill, which the California Democrat said contributed “to mass incarceration in our country.”

“It encourages and was the first time that we had a federal three strikes law,” Harris noted, adding that she “sadly” disagrees with the former vice president over his support of the bill.