If fetuses are people, do pregnant women get to drive in HOV lanes? And 9 other fetal personhood questions. 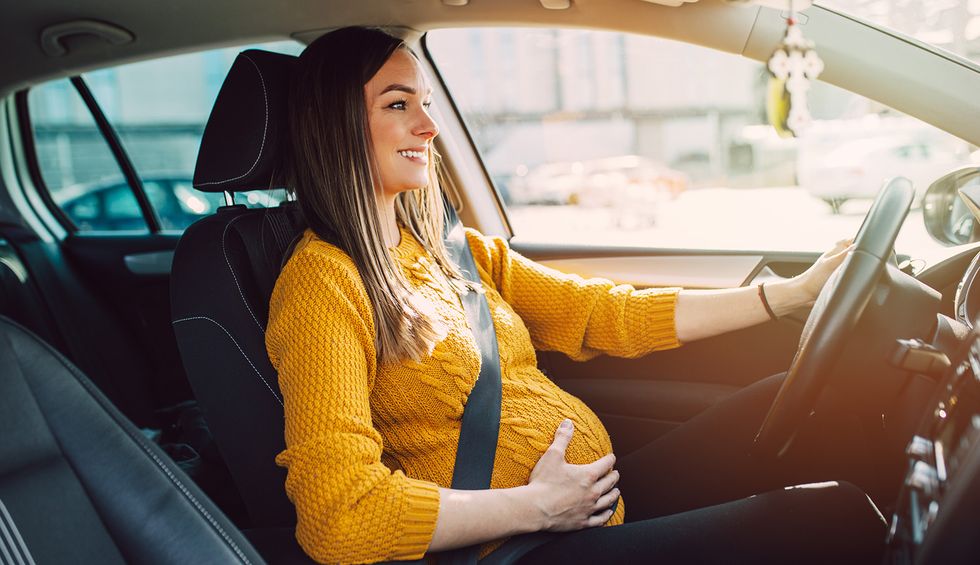 This month, Georgia Governor Brian Kemp signed into law a sweeping abortion ban. States such as Alabama have followed suit, requiring state abortion clinics to turn away most pregnant people. The laws go even further than that, though. In Georgia, a fetus is now a legal person who is counted in the Census. Fetuses also qualify as “dependent minors.”

So if a fetus is a person, does that mean every pregnant person gets to drive in the HOV lane? And since every woman is potentially pregnant, can every woman take advantage of this privilege? This isn’t just hyperbole. Counting a fetus as a person raises serious questions about what it means to be a person, and what pregnancy really is. It could also upend our entire judicial system, forcing judges to grapple with ridiculous questions they might otherwise never have to consider.

The Many Rights That Come With Personhood

In identifying a fetus as a person, anti-choicers were doggedly focused on a single right: the right to life. If a fetus really is a person, abortion is homicide. That’s why Georgia and other states’ fetal personhood laws could potentially subject pregnant people to the death penalty. What anti-choicers seem to have forgotten is that personhood confers many rights—even for dependent minors:

It seems ridiculous, and it is. But if the fetus is literally a person, and if fetal personhood laws go into effect, it leaves the judiciary to grapple with serious issues: how one incarcerates a pregnant person without incarcerating her fetus, for example.

You Don’t Have to Be Pregnant to Be Affected: How Fetal Personhood Could Change Every Woman’s Life

The potential for fetal personhood amendments to affect our fundamental assumptions extends well beyond pregnant people. That’s because every person with a uterus is potentially pregnant. As anyone who has struggled with infertility or miscarriages knows, the line between pregnant and not-pregnant is not always clear. False negative pregnancy tests are common, and it can take several days of testing for a pregnant person to get an accurate result, especially in the early days when HCG levels—the hormone pregnancy tests measure--are low.

Likewise, early miscarriages are common. As many as 75% of pregnancies may end before the woman even knows she’s pregnant. And in the case of early miscarriages, there may be no proof at all that the woman was ever pregnant, because HCG levels fall rapidly following an early miscarriage. This means that a woman could reasonably claim to be pregnant today, and a pregnancy test tomorrow could say she’s not—and there would be no way to prove whether she was or was not pregnant.

So when the line between pregnant and not-pregnant is blurred and a crime against a fetus is a crime against a person, every woman is potentially pregnant, and therefore a potential subject. But every woman is also potentially two people, entitled to double the rights. As a potentially pregnant person, a woman may be a woman and a fetus, entitled to drive in the HOV lane, entitled not to be arrested without probable cause that both the woman and the fetus committed a crime. It cuts both ways, with bizarre and potentially catastrophic effects for everyone

Perhaps treating fetuses as people is the only way Republicans will ever treat women as people, too.