‘I was going to go down fighting’: Heroic 12-year-old STEM student recalls the terrifying moment 2 shooters opened fire at his school 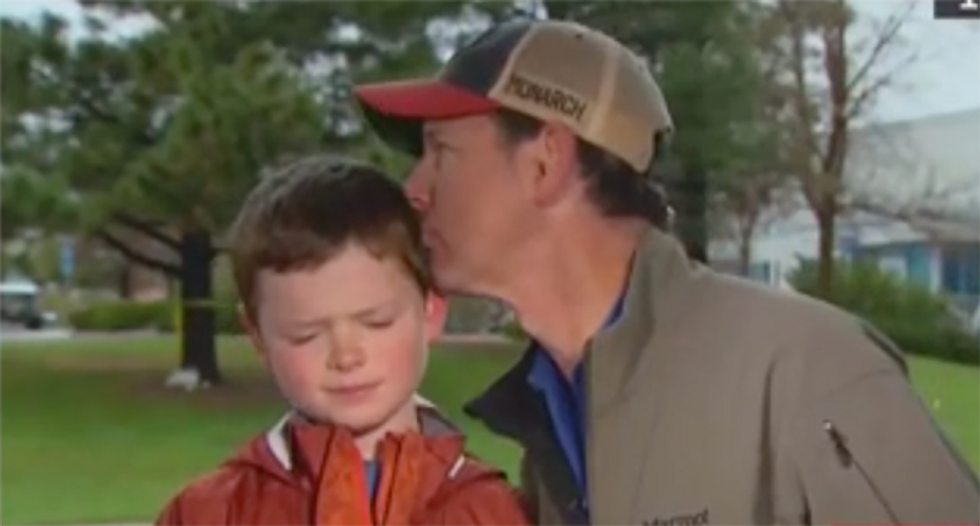 Image via Screengrab.
Elizabeth Preza
May 08, 2019

Nate Holley, a 6th grader at STEM School Highlands Ranch on Wednesday spoke with CNN’s Brooke Baldwin about the moment two shooters opened fire at his school, describing how he kept his hand on a metal baseball bat because he “was going to go down fighting.”

In the heart-wrenching interview, Holley and his father Steve Holley, spoke about Tuesday’s shooting in Douglas County, Colorado, which claimed the life of 18-year-old Kendrick Castillo — who lunged at one of the gunman as other students fled to safety — and injured eight others.

18-year-old Devon Erickson and an unidentified juvenile female are currently in police custody, suspected of having carried out the assault.

Asked how he was doing less than a day after the even, 12-year-old Nate Holley said he was “okay” but noted the shooting itself was “incredibly scary.”

“At least half of the kids in my class broke into tears when it started happening,” Holley recalled. “It was incredibly scary and the teacher had us hide in the closet.”

I have sensitive ears so they shot at the doors and I heard the gunshots and I just kind of froze. And then the siren came on and one kid started cracking a joke and the teacher told them to shut up and then she had us hide behind her desk. When the shooter got closer she moved us into the closet. I was hiding in the corner and they were right outside of the door. I had my hand on a metal baseball bat just in case. Because I was going to go down fighting if I was going to go down.

Nate later noted that while his school has run drills for active shooter situations in the past, the actual event was “really chaotic.”

“This is never happened to me before. And I was really unsure. Like we had a drill, like once or twice this year, but I didn’t know — most of the kids didn’t know what to do.”

Baldwin asked Nate what he wants everyone to know about him, a question which momentarily stumped the 6th grader. But, as Baldwin later noted on Twitter, he was able to answer the question after the cameras wrapped up.

Watch the interview below, via CNN: