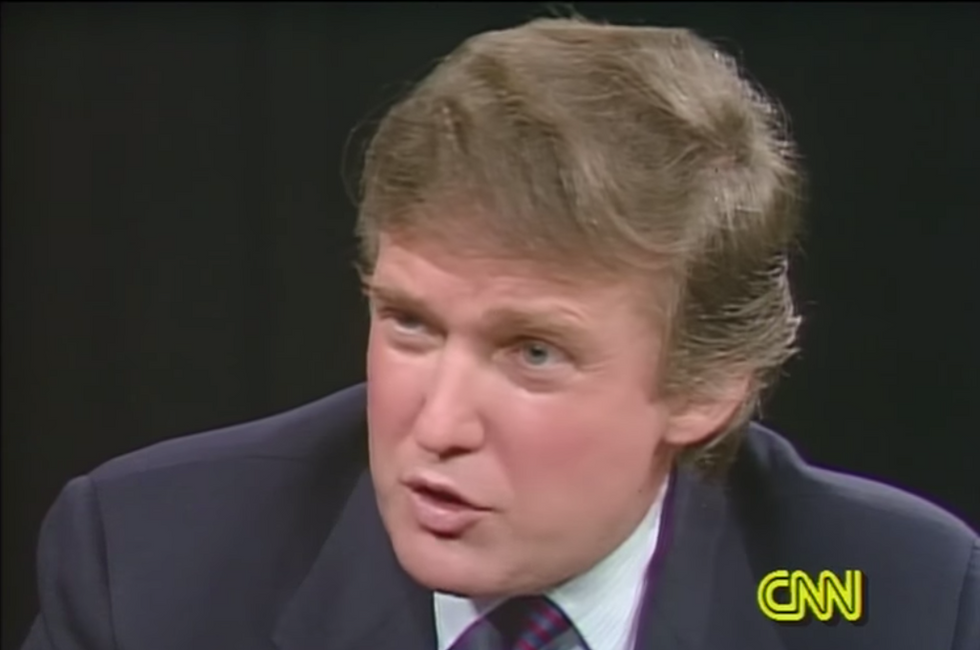 We still haven't seen President Donald Trump's tax returns, but on Tuesday night, the New York Times published a detailed report examining information about his taxes between the years of 1985 and 1994.

The Times didn't obtain his actual tax returns, but it did receive information about his taxes from a source who had legal access to the returns, it said. And the paper was able to corroborate the validity of the returns by comparing it to publicly available records and information it had previously obtained.

Here are seven shocking findings from the report:

The big headline take away of the piece is astounding: Over the ten years, Trump had more $1.17 billion in business losses.

3. No income taxes for eight out of ten years

Because his businesses were simply arranged as partnerships, the losses were reported on his personal tax returns, rather than through corporate filings. With such massive losses, Trump was able to avoid paying any personal income tax for eight out of the ten years the Times reviewed, according to the report.

Defenders of Trump will say he had some tough times and some good times, and that this is just the life of a high-profile businessman. Not so. According to the Times, Trump "appears to have lost more money than nearly any other individual American taxpayer..."

5. Trump's father, on the other hand, made money.

One person who appears to have done much better than Donald Trump? His father, Fred Trump — the man who really made the Trump family wealthy and bequeathed the fortune to his children.

"We now have tax info on Fred Trump & Donald Trump for a number of years," said reporter Susanne Craig, one of the reporters of the story. "The upshot: Fred always made a lot of money. Donald always lost a lot of money."

One of the most amazing parts of the story is a graph that shows Trump's accumulated losses as they rack up on his returns. Next to some of the bars, the chart includes quotes from Trump talking about his finances.

In 1990, the Times reported that Trump said, "It's been good financially" — a year in which he had lost a cumulative $400 million. In other words, he's always been an outrageous liar.

7. Trump made money in the stock market with lies

As his businesses were tanking in the late 1980s, Trump had to find other ways to rake in cash. One method, the Times found, was to buy stock in a company, claim he was going to take over that company, watch the stock rise, and then sell his shares. He would profit, and never buy the company after all. Eventually, the Times reported, this scam stopped working when investors gave up on taking his boasts seriously.