'He is a malignant narcissist': This congresswoman makes a powerful case for using the 25th Amendment to remove Trump 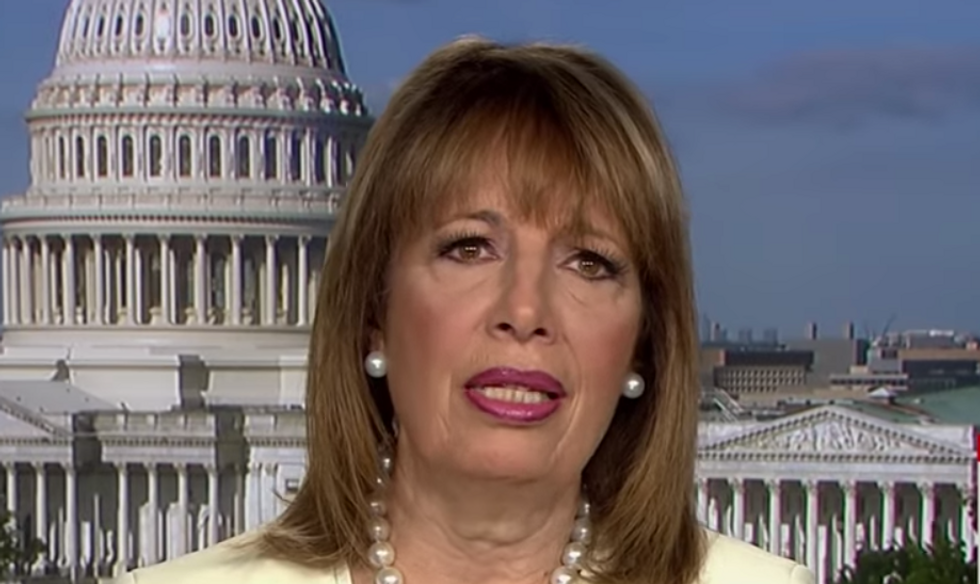 Appearing on MSNBC with host Chris Jansing, Rep. Jackie Speier made an impassioned pitch to invoke the 25th Amendment and remove Donald Trump from office following three days of outbursts from the volatile president.

A simple explanation of the 25th Amendment is that it provides the procedures for replacing the president or vice president in the event of death, removal, resignation, or incapacitation — and was ratified after the assassination of President John F. Kennedy.

“Obviously the president has been impacted by some of the things that Nancy Pelosi (D-CA) says and may be in particular the intervention,” Jansing prompted. “Do you agree with her? Is there an insinuation about the president’s stability, his mental stability? What do you take away from all of this?”

“Well, I have felt for sometime that the mental stability of the president of the United States is in question,” Speier immediately replied. “And I suggested invoking the 25th Amendment way back when, when he was calling the leader of North Korea ‘Rocketman,’ and trying to gin up a war with North Korea.”

“And I think that what we have here is someone who is obsessed,” she continued. “He is obsessive in his behavior in terms of talking about the investigation, about impeachment. He is also very compulsive. So there have been plenty of psychiatrists and psychologists who have observed him now for over two and a half years that have made the diagnosis from afar that he is a malignant narcissist.”

“It’s anti-social behavior — paranoia and sadism. And I think you can find elements of all that,” she concluded.