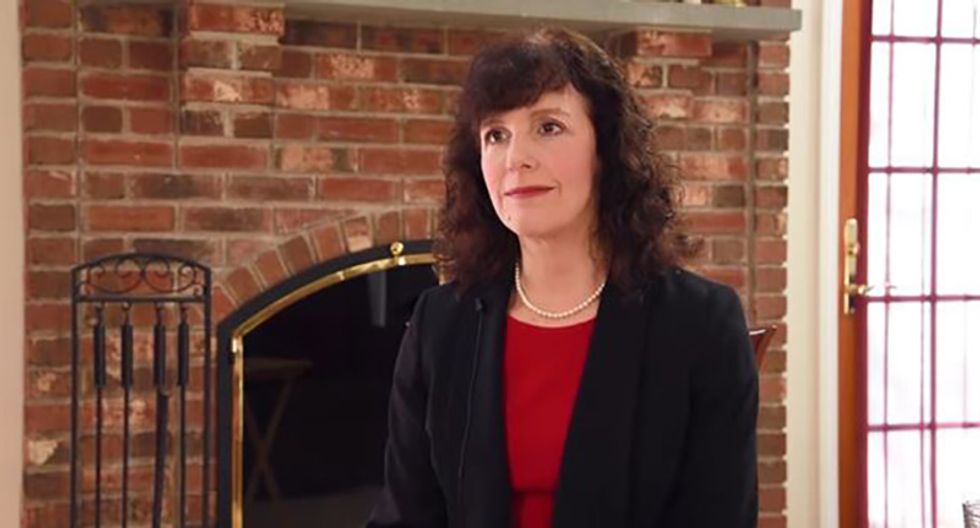 The head of a "go-to" group providing pseudo-science for the far right is claiming the LGBT Equality Act will be the end of Christianity, a 2000+ year old religion practiced by 2.3 billion people – more than any other religion – across the planet.

“I think it’s really super important for all listeners to realize this law, if it passes, if this bill becomes law, it impacts everyone. And a better name for it is the ‘Death to Christianity Act.’ OK? That’s going to be the umbrella," Michelle Cretella, the executive director of the cleverly-named American College of Pediatricians (not to be confused with the professional organization, the American Academy of Pediatrics,) said. Right Wing Watch was the first to report on her remarks.

"Christianity, it will cease to be publicly practiced. It’ll become against the law,” Cretella claimed, with zero proof.

Cretella made her astonishing claims Friday, speaking on "Washington Watch with Tony Perkins." Perkins is the head of the Family Research Council, a far right wing organization that appears on the Southern Poverty Law Center's list of active anti-gay hate groups. The American College of Pediatricians does as well.

The House of Representatives is getting ready to vote Friday on the long-awaited Equality Act, which would extend protections to LGBTQ people in areas from housing and employment to credit, banking, public accommodations, and jury service, among others.

On Tuesday televangelist Pat Robertson claimed if the Equality Act becomes law it will force God to "vomit out" America.

The Trump administration has announced it opposes the bill.