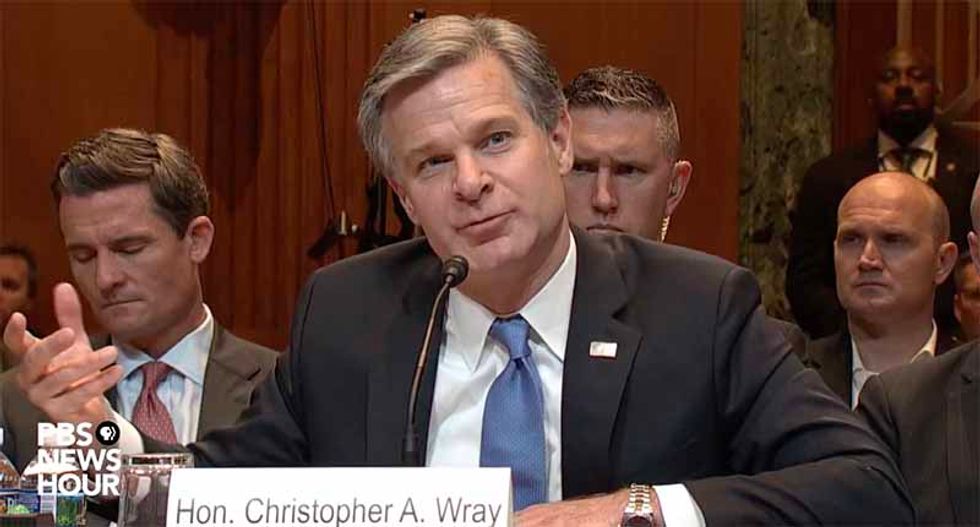 Image via Shutterstock.
Travis Gettys
and
Raw Story
May 07, 2019

Barr suggested FBI surveillance that caught up at least two campaign associates was improperly conducted, despite courts issuing warrants under the Foreign Intelligence Surveillance Act to investigate foreign nationals who spoke to members of the Trump campaign.

Wray, however, disputed Barr’s usage of the term and said he knew of no illegal surveillance on any of the 2016 campaigns.

“That’s not the term I would use,” Wray said.

Wray was testifying Tuesday morning before the Senate Appropriations Committee.