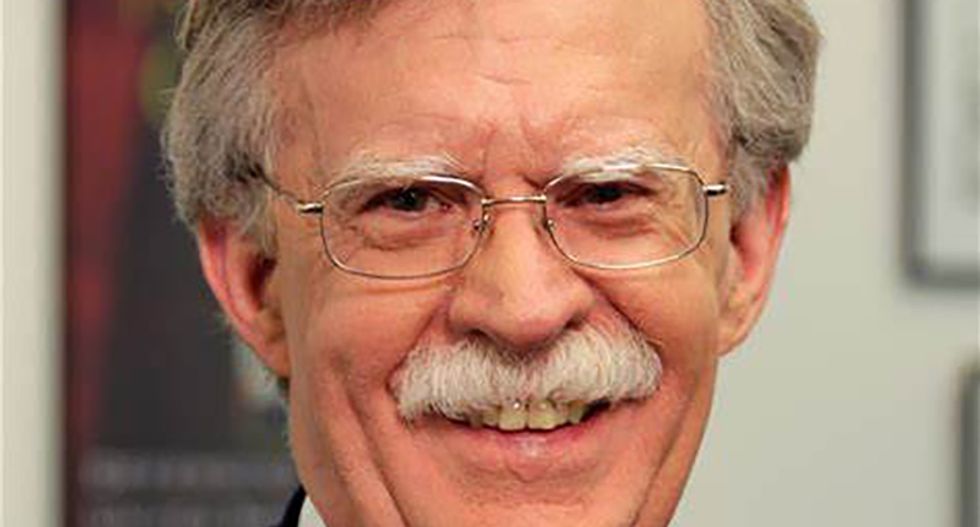 Observers warned the United States is hurtling down the same path that led to the disastrous invasion of Iraq 16 years ago following a report late Monday that President Donald Trump reviewed a plan to send 120,000 ground troops to the Middle East if Iran launches an "attack" on American forces or moves to develop nuclear weapons.

According to the New York Times, the military plan was crafted by national security adviser John Bolton—who has repeatedly expressed support for bombing Iran, including in the pages of the Times—and presented to the president last Thursday by Acting Defense Secretary Patrick Shanahan, a former Boeing executive who Trump nominated last week to serve as permanent Pentagon chief.

"The size of the force involved has shocked some who have been briefed on [the plan]," the Times reported, citing more than a half-dozen anonymous national security officials. "The 120,000 troops would approach the size of the American force that invaded Iraq in 2003."

"The high-level review of the Pentagon's plans was presented during a meeting about broader Iran policy," according to the Times. "It was held days after what the Trump administration described, without evidence, as new intelligence indicating that Iran was mobilizing proxy groups in Iraq and Syria to attack American forces."

The Times report on Bolton's plan, which one critic described as "disturbing," comes just over a week after the national security adviser used the routine deployment of a U.S. aircraft carrier and bomber task force to threaten Iran with military action.

According to the Times, U.S. officials believe—without citing any evidence—that Iran was involved in reported attacks on UAE and Saudi oil tankers in the Persian Gulf over the weekend.

Trump seized upon the reported incident to threaten Iran.

"It's going to be a bad problem for Iran if something happens," the president told reporters on Monday.

"If you are worried about a new war in the Middle East, you are in good company," tweeted Joe Cirincione, president of the Ploughshares Fund. "In fact, you are probably not worried enough."

Others echoed Cirincione's warning in response to the Times report:

Iran has responded to the Trump administration's belligerence and repeated threats with what one commentator called "remarkable restraint."

As Common Dreams reported last week, Iranian President Hassan Rouhani urged diplomacy in a speech detailing his nation's plan to gradually reduce compliance with some of the terms of the nuclear deal to pressure European countries to uphold their side of the agreement.

Trump violated the nuclear accord last May, a move critics at the time warned would dramatically increase the possibility of a war with Iran.

Jamal Abdi, president of the National Iranian American Council, said in a statement late Monday that Bolton "is methodically setting the stage for war with Iran—forcing Iran into a corner and then readying war plans for when Iran takes the bait."

"There are two ways Bolton can be stopped: either Trump can fire him or Congress can pass legislation to block a war before it starts," Abdi said. "It's time for our leaders to stop sleepwalking and the public to speak out as an unrestrained Iraq war architect repeats the playbook from that generational catastrophe with Iran."