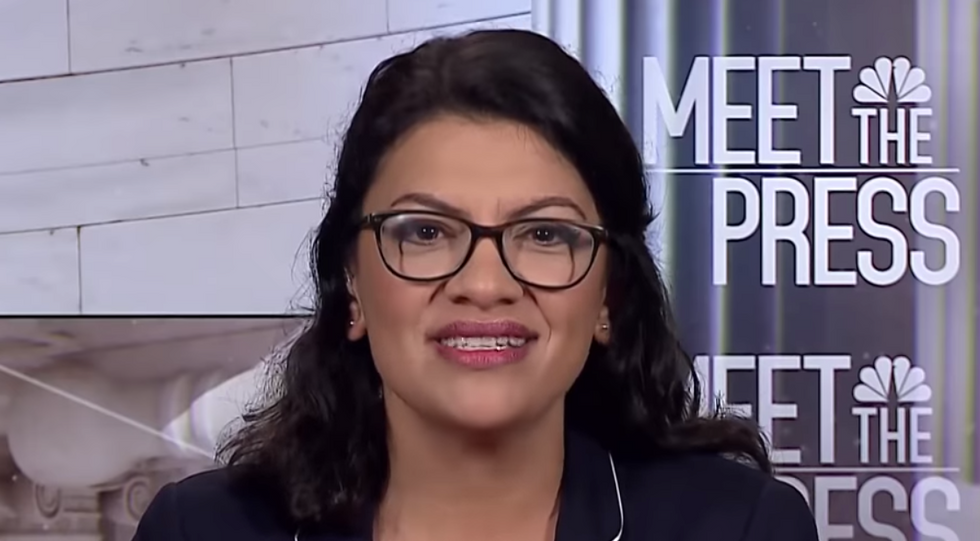 Despite clear opposition from House Speaker Nancy Pelosi, the push to impeach President Donald Trump driven by many Democrats both in and out of Congress appears to be gaining steam.

In the House Judiciary Committee, where impeachment proceedings would begin, Chair Jerry Nadler (D-NY) has been advocating in favor of beginning the process in recent days, according to The Hill, though Pelosi is holding him back. He has reportedly been pushed in the direction of impeachment by the Democrats on his committee, who are growing frustrated with the administration's blanket opposition to congressional investigations.

Others have long been calling for impeachment. Rep. Rashida Tlaib, (D-MI), for instance, famously said, "We're going to impeach this motherfucker" about Trump in January. And on Sunday, she said the House Democrats are "moving toward" the consensus that Trump needs to be impeached.

“It’s about doing what’s right now for our country," she said. "This is going to be a precedent that we set when we don’t hold this president accountable to the rule of the law and to the United States Constitution.”

There remains strong opposition within the party, though, most notably from Pelosi herself, who is urging her caucus to take it slow. And while I am on the record arguing in favor of impeachment and against Pelosi's position, I fear her feet-dragging and the bungled positioning of the rest of the party may have sapped the potential usefulness such a process could have had.

“I think we’re at an inflection point,” said Rep. Mary Gay Scanlon (D-PA), who serves as the vice chairman of the Judiciary Committee. She announced her support for beginning impeachment proceedings last week. “We’re no longer just dealing with a president who obstructed the Mueller inquiry. He’s now obstructing Congress at every turn.”

Democrat Rep. Tom Malinowski of New Jersey has also recently come out in favor of impeachment.

"You know, even as early as a week or two ago, I wasn't there, but at this point, enough already," he said Monday on CNN. "But we also have a higher responsibility. And for me, it's not just about what Mueller told us, although that's bad enough. It's — it's about telling people to defy legally binding subpoenas. It's about using the Justice Department and now the intelligence community against the president's political enemies. It's about accusing the FBI of treason every single day, trying to turn millions of Americans against law enforcement in our country."

Both of these quotes show the problem with the timing of the party's pivot toward impeachment. They essentially excuse all of Trump's behavior as described by Special Counsel Robert Mueller, even if Malinowski says it was "bad enough." Yet nothing Trump has done since the publication of the Mueller report is worse than his behavior during the course of the investigation. He has baselessly attacked the FBI, directed the Justice Department to go after Hillary Clinton, and tried repeatedly to stymie a duly predicated investigation for craven, personal reasons.

If this behavior is unacceptable — and certainly, we should consider it to be — then it was unacceptable the day the Mueller report came out. In fact, it was clear Trump was doing all of this long before the report was released. But the release of the Mueller report provided the perfect moment for Democrats to start rallying the base and making the arguments in favor of impeachment on these grounds. Instead, they let Trump and Attorney General Bill Barr spin the report aggressively, while the House demanded to see more of the redacted portions — a demand that falsely implied that what the report already said wasn't damning enough. It was public relations midconduct.

In short, it looks like the Democrats missed their chance to rally for impeachment. Mueller handed them the argument, signed, sealed and delivered. But too many of them flinched.

Can they get the momentum back? The public doesn't broadly support impeachment, though I and others have argued that this polling doesn't mean Americans wouldn't support it, if the case were properly made. But the end of the Mueller probe was an unparalleled opportunity to make the case.

Democrats may be able to seize another moment if they leverage hearings and their investigations correctly. But every day they wait, the case gets harder to make. I don't buy the argument that the 2020 election can take the place of an impeachment process, but the hearings will inevitably take time, and the case for just waiting for Election Day gets stronger with each passing week.

And while I don't have a crystal ball to read the mind of the American voter, one thing does seem clear to me: It would be much easier to make a case that the president should be impeached for committing criminal obstruction of justice, based on the evidence laid out in the Mueller report, than it would be to say that defying congressional subpoenas is an impeachable offense. The first argument is a clear application of the principle that no one is above the law. The second argument rests on a much more arcane authority about the division of powers in the U.S. government; it's difficult to believe this will be sufficient to persuade and grip the attention of a skeptical electorate.

By letting the opportunity of the Mueller report pass them by, the Democratic Party may have wasted the best chance it at effectively flexing the impeachment powers. The House may still come around to the idea, but if it does, it may be too late to have done much good. If they're going to convince the public that impeachment is worth it, it will be an uphill battle — and many in the party don't seem to have the will to take on this fight.