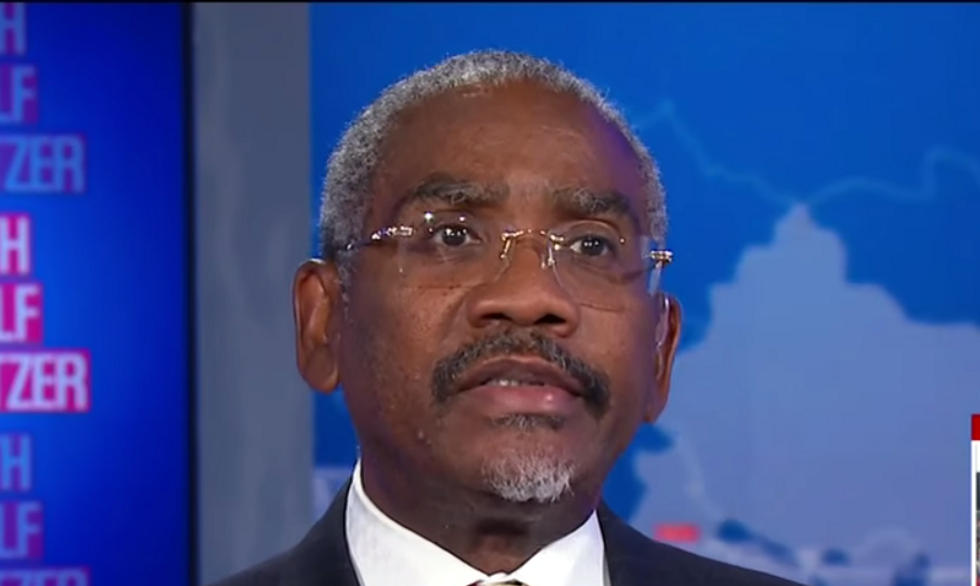 Proving that there's still room for him to shock and disappoint the country, President Donald Trump sided with North Korean dictator Kim Jong-un over the weekend, brushing off his recent missile launches and saying he smiled when Kim called former Vice President Joe Biden "low IQ" and "worse."

It's not clear if the insults even worked for their narrow purpose — will even Trump's followers join in laughing at Biden along with a murderous tyrant like Kim? But Democratic Rep. Gregory Meeks (D-NY) of the Foreign Affairs Committee pointed out on Monday that, in addition to being a pathetic display in its own right, it showed how the president is still getting "played" by Kim.

"He seems to side with, and the people that he likes, are people like Kim Jong-un, Putin, Orban, Erdogan, all strong-arm type people, living in close to fascist-type societies where it's just dominated by the executive," he said on CNN. "I think Kim is playing the president. He played him at the first summit. He played him at the second summit. So Kim realizes that the real low-IQ person is the president. And he can continue to play games with him all along, until Kim gets what he wants."