'Crazy and a recipe for lawlessness': James Comey blasts Bill Barr's defense of Trump — and says there's enough evidence to charge him 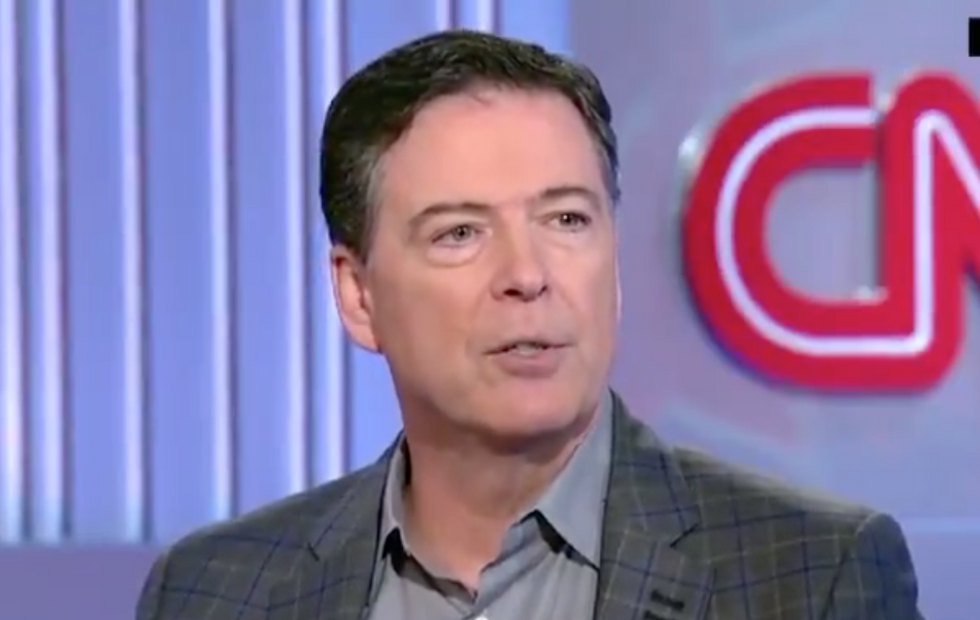 Two years after his firing by President Donald Trump, former FBI Director James Comey sat down with CNN's Anderson Cooper on Thursday night for a town hall discussion about the Russia investigation and related matters.

He disputed Attorney General Bill Barr's arguments that a president cannot obstruct justice through the use of his constitutional powers, criticizing that idea sharply.

"I don't accept the notion that because the president is the head of the executive branch, that he can't ever obstruct justice in connection with executive branch activities," he said. "That's just crazy and a recipe for lawlessness." He later added that Barr's public discussions about the report have been "less than honorable" and that he's acting like Trump's defense lawyer.

He continued: "So the question is did the  president act in a way that manifested a corrupt intent — not the discharge of his constitutional duties — but a corrupt intent to interfere with an ongoing proceeding or to intimidate or tamper with a  witness."

And on those fronts, Comey told Cooper, there was substantial evidence that Trump had committed such crimes in at least several of the incidents laid out in Special Counsel Robert Mueller's report. He said, for example, that Trump's efforts to get ex-White House Counsel Don McGahn to fire Mueller was a "flaming example" of corrupt intent.