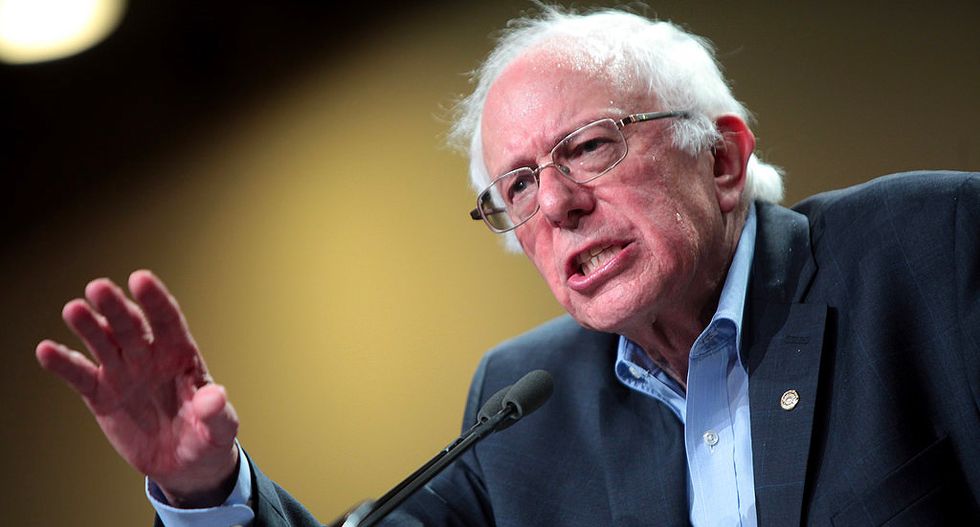 Sen. Bernie Sanders is planning to attend Walmart’s annual shareholders meeting on June 5 and introduce a shareholders proposal that would give the retail giant’s hourly workers a seat on its board.

The 2020 Democratic presidential primary candidate, who has been an aggressive proponent of raising the United States’ national minimum wage to $15 per hour, told the Washington Post that Walmart workers “need and deserve a seat at the table. If hourly workers at Walmart were well represented on its board, I doubt you would see the CEO of Walmart making over a thousand times more than its average worker.”

If the shareholders proposal — which was filed by Walmart employee Cat Davis — goes through, Walmart would be required to take all of its hourly workers into consideration when nominating candidates to its board.

The proposal states, “At a time of deepening racial and economic divide and insecurity, hourly associates can guide a more fair, inclusive and equitable corporate ecosystem that bridges differences.”

Sanders has long been a proponent of better working conditions for Walmart employees. In November 2018, the Vermont senator introduced the Stop Walmart Act—which would prohibit corporations from buying back their own stock unless they pay all employees at least $15 per hour, offer a minimum of seven days of paid sick leave and limit executive salaries to 150 times the median employee pay.

As Sanders sees it, employees at the lower end of Walmart’s pay scale are contributing to the company’s success but aren’t reaping the rewards.

Sanders asserted, “Walmart is not a poor company. Workers are sick and tired of being paid poverty wages, while the Walton family is worth over $170 billion.”