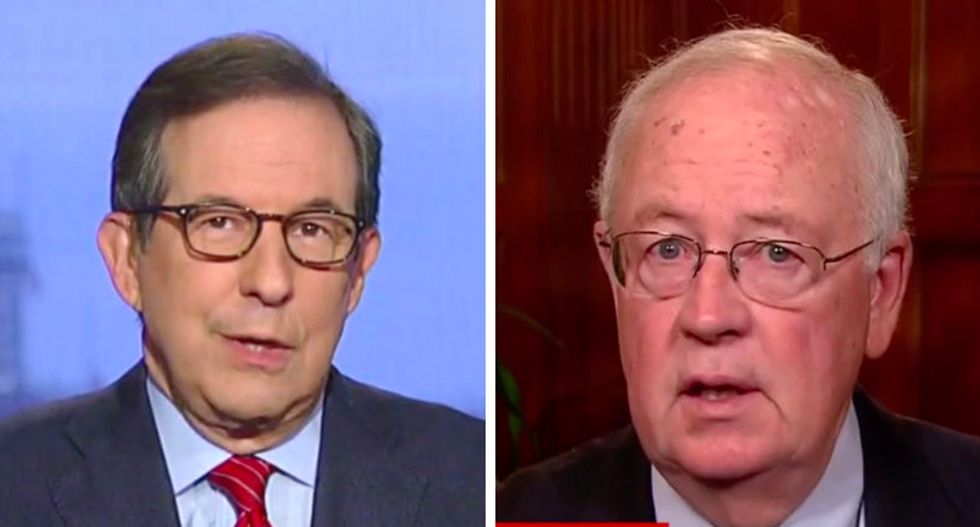 Former independent counsel Kenneth Starr has defended and praised Attorney General Bill Barr for his handling of the investigation into Russian interference in the 2016. He did so again on Wednesday — but his defense of the embattled DOJ chief was quickly contested by Fox News Sunday anchor Chris Wallace.

On Tuesday evening, The Washington Post revealed that special counsel Robert Mueller had complained to the attorney general over his characterization of the Russia probe. But on Wednesday morning, Starr appeared on Fox News to shrug off Mueller’s complaints.

“I know a lot is being made out of it, but it looks to me as if at the end of the day there is very little. This is a 440 plus page report. As you paw through the report, it is so detailed. So there is nuance there, right? So it is not surprising that the author of the report would think you didn’t get it exactly right

“But the key is did you get something wrong? Were you misleading or inaccurate? Is something you said false? And there Bill Barr gets a 100% grade — an A plus.”

Wallace appeared on the network immediately after Starr.

“I disagree respectfully with Ken Starr. I think this is much ado about something — not much ado about nothing,” he said. “On March 24, Barr sends his letter to Congress with his — not summary — but bottom-line conclusions from the Mueller report.

“On March 28, Barr receives a letter from Mueller basically saying I don’t think you accurately characterized this. They have a phone call. In the phone call, Bob Mueller says to him why don’t you release our summaries and our conclusions which would not be affected by grand jury testimony and Barr decides not to do that.”

“Then on April 9, Barr is up testifying before Congress and he is specifically asked by Charlie Crist, a congressman from Florida: There is a report in the paper that the Mueller team is upset with the way you characterized this? Do you have any idea what that’s about? And Barr says no, I don’t. Well, obviously he does,” Wallace explained.