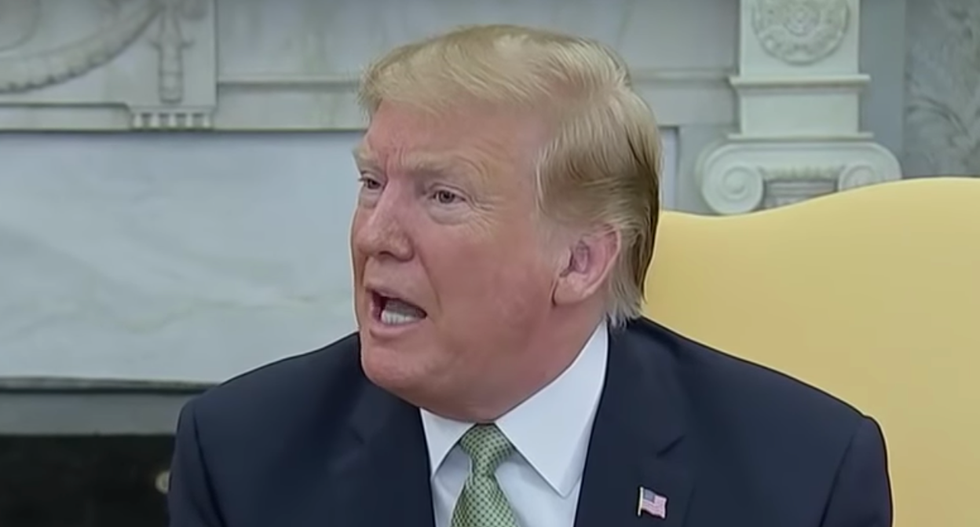 There is nothing new in trying to figure out Trump. His appeal and his personality have been the subject of countless analyses and speculations since long before he ran for President. Yet the mysteries continue. Why do people like him? Why does he act so badly?

Charles Blow of the New York Times produced a thoughtful explanation of Trump’s popular appeal a couple of weeks ago in an opinion column entitled “Trumpism Extols Its Folk Hero”. Blow believes that Trump has become a “folk hero”, that rare person who “fights the establishment, often in devious, destructive and even deadly ways,” while “those outside that establishment cheer as the folk hero brings the beast to its knees.” Because the folk hero engages in the risky David vs. Goliath struggle against the awesomely powerful “establishment”, his personal sins are forgiven: “his lying, corruption, sexism and grift not only do no damage, they add to his legend.”

Thus the persistent belief among Trump’s critics that exposing his manifest dishonesty will finally awaken his base to reality is mistaken. His ability to get away with every possible form of cheating is part of his appeal, because he is cheating the establishment, the elite, the “deep state”, the “them” that is not “us”.

Wikipedia provides a list of folk heroes, every one a familiar name, including Johnny Appleseed, Daniel Boone, Geronimo and Sitting Bull, Nathan Hale and Paul Revere, all people who really were heroic. The key early elements of the Robin Hood folklore, developed hundreds of years ago, are that he fought against the government, personified in the Sheriff of Nottingham, and that he was a commoner, who gave his ill-gotten gains to the poor.

That is one way to become a folk hero, but not the only one. Neither politics nor morality determine whether someone can become a folk hero. Wikipedia also tells us that the “sole salient characteristic” of the folk hero is “the imprinting of his or her name, personality and deeds in the popular consciousness of a people.” It would be hard to find anyone who has done a better job of doing just that for decades than Trump.

Villainy unalloyed by any goodness has also propelled many people, almost all men, into the ranks of folk heroes, like Jesse James, Butch Cassidy, and Bonnie and Clyde. These criminals captured the popular imagination, not despite being bad, but because of it. They were great in their villainy, outlaws in both the legal and social sense, stealing other people’s money for their own benefit, but that does not detract from their appeal.

Enough people love bad boys that they can achieve legendary status, or even more rarified, a TV series. The popularity of series with villains as heroes demonstrates the broad appeal of bad people. “Breaking Bad” attracted giant audiences and honored by Guinness World Records as the most critically acclaimed show of all time.

Since he first came into the public eye, Trump has reveled in being the bad boy. He grabbed women at beauty contests and bragged about it. He delights in his own running racist commentary on people who are not white. He lies when he knows he’ll get caught, and then keeps repeating it. He celebrates himself in his chosen role as the bad guy. Meanness was at the heart of his role in “The Apprentice”, where his greatest moments were saying “You’re fired!”

One writer recently asked, “Why does Trump fall in love with bad men?” Trump says nicer things about the world’s most notorious political thugs than would be normal for speaking about the leaders of our closest allies. After meeting North Korea’s Kim Jong Un, Trump told a rally ,“Then we fell in love, okay. No, really. He wrote me beautiful letters. And they’re great letters. We fell in love.” Trump met President Rodrigo Duterte of the Philippines in November. The White House said they had a “warm rapport” and a “very friendly conversation” on the phone. Trump said “We’ve had a great relationship.” Duterte sang the Philippine love ballad “Ikaw” to Trump at a gala dinner.

The prize goes to Trump’s open admiration for Vladimir Putin. During his campaign, Trump said he had met Putin and “he was nice”. Then said, “I never met Putin. I don’t know who Putin is. He said one nice thing about me. He said I’m a genius.” Putin never said that, but for Trump that made Putin “smart”. He claimed a “chemistry” with Putin. Here’s what Trump cares about: “He says great things about me, I’m going to say great things about him.”

Trump’s attraction to this international rogues’ gallery is personal and emotional. He wants the exclusive club of dictators, macho men, tough guys, to love him and to accept him as one of them. Donald Trump’s foreign policy is his attempt to become the leader of the bad boys of the world.

But at the heart of connection between bad boy folk hero Trump and his adulating base is a fundamental misunderstanding. Trump is not fighting the establishment. Trump is not using his powers to help his angry supporters. Trump is screwing them.

He attacks their health by eliminating rules which reduce corporate air and water pollution. He hasn’t stopped his repeated attempts to cut their health insurance by Medicare, Medicaid, and Obamacare. He is dismantling the bank and lending regulations overseen by the Consumer Financial Protection Bureau. Nothing good will come to average Americans from the foreign members of Trump’s club. These are all assaults on the standard of living, present and future, of non-elite America.

The 2017 tax cuts are the best example of how Trump betrays his base. Poor and middle-income Americans got small tax cuts, but also inherit gigantic future deficits to pay for the enormous cuts in corporate and income taxes for the very wealthy.

Trump is good at what he does, but that is bad for everybody else, especially for those who cheer him on.