Watch: Sen. Mike Lee flops so hard on The View that he makes up a word to defend Trump’s obstruction 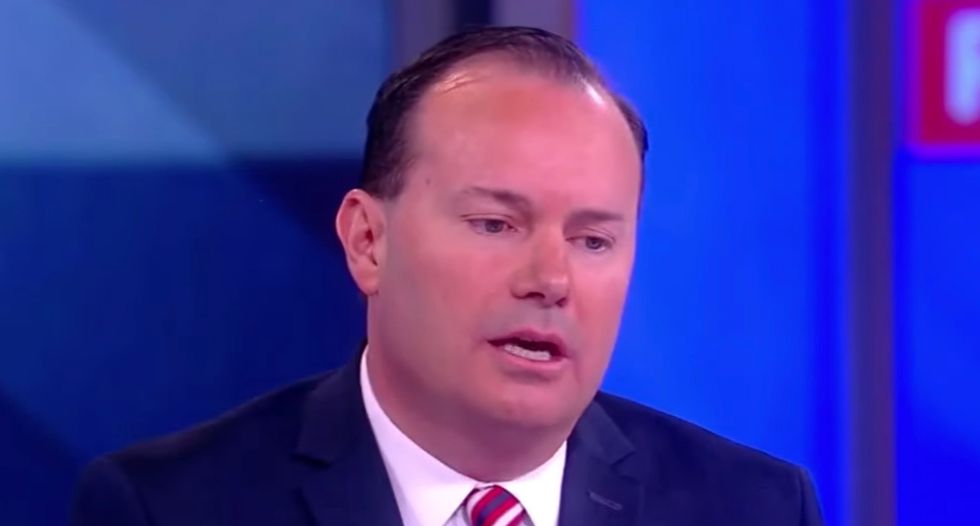 Sen. Mike Lee (R-UT) went on “The View” to defend President Donald Trump’s actions described in the Mueller report, and it went so badly that he trotted out a fake definition of the word “politics.”

The Utah Republican told panelists that he was relieved special counsel Robert Mueller hadn’t uncovered evidence of a conspiracy between the Trump campaign and Russia, and family friend Abby Huntsman asked if saw anything in the 448-page report that gave him pause.

Co-host Joy Behar asked if he saw any evidence of illegal activity.

“I was relieved to see there was nothing establishing collusion,” Lee said. “There’s been a lot of talk about collusion over the last two years.

“Collusion isn’t even a federal crime, counselor,” Hostin said. “You’re a former prosecutor, you know that.”

Lee agreed collusion wasn’t listed as a crime, but went right back to talking about it.

“People were worried about collusion,” he said. “It was collusion that gave rise to concerns that there might have been some type of obstruction. I didn’t see any evidence of a crime or a plan to bring forth charges against the president. So after two years of searching, the fact that they came out and don’t have anything there, it indicates to me it’s time to move on. I suspect many of my colleagues will disagree. They won’t be ready to move on, I am.”

Behar asked the senator if had been concerned by apparent attempts to obstruct justice, which the president’s aides and attorneys told Mueller they refused to carry out.

“Look, the fact he thought about doing certain things and was later walked off the ledge from that by some very capable staff members who pointed out it wasn’t a good idea, is itself comforting,” Lee said.

Hostin then jumped in to correct Lee’s account of Trump’s actions.

“They say that the word politics can best be understood when you break it down to its Greek roots,” Lee said. “‘Poly,’ meaning many, and ticks, which are blood-sucking parasites. You put them together, and it doesn’t end well.”

Hostin glared at Lee and sucked her teeth, and he moseyed back toward the topic.

“There are things in politics that happen that are not pleasant, that are not flattering, and we certainly saw some in this report,” Lee said. “Nonetheless, I don’t look at that and see criminal activity or see a basis for impeachment.”

Co-host Meghan McCain asked Lee what the GOP reaction would have been if a Democratic president had done what Trump is accused of doing, and the senator insisted nothing would change.

Behar called him out, saying Republicans impeached Bill Clinton over an extramarital affair.

“How did that work out for them?” Lee smirked. “That didn’t work out well for the Republican Party.”