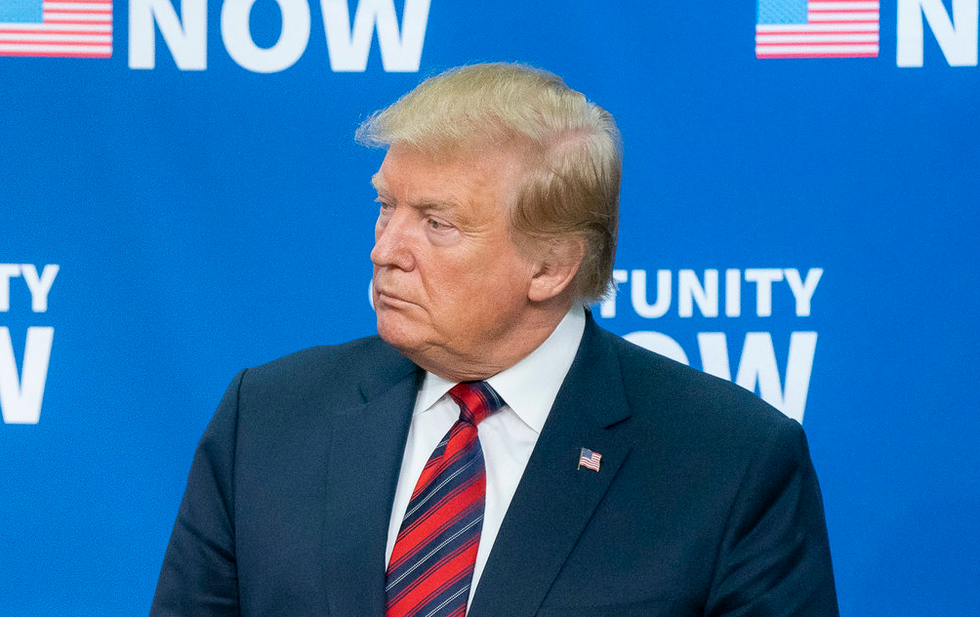 Despite the White House's claims of exoneration and Attorney General Bill Barr's aggressive spinning of the special counsel's report, a new poll from Morning Consult and Politico found that President Donald Trump's net approval rating is the lowest its ever been in aftermath of Robert Mueller's report.

The 18-point deficit marks Trump’s worst net approval rating — the share of voters who approve minus those who disapprove — since he took office. It surpasses the three 17-point gaps the president previously incurred, two of which came amid the longest government shutdown in U.S. history and another that followed his controversial comments regarding the August 2017 clash between protesters at a white supremacist march in Charlottesville, Va., that resulted in the death of 32-year-old counterprotestor Heather Heyer.

That report, concluding the nearly two-year investigation, did not find evidence of criminal conspiracy with Russia, though it did find extensive links between the campaign and the foreign power while it actively tried to influence the 2016 election. However, it did find extensive evidence of obstruction of justice on the part of the president, even as Mueller declined to make an official prosecutorial judgment on the subject.

In something of a contrast to another recent poll from YouGov, the Morning Consult survey found that support for impeachment has dropped in recent months while opposition has risen, despite the downward movement in Trump's approval. Voters opposed impeachment proceedings 48 to 34 percent, the survey found.

Any single poll is bound to have noise and idiosyncratic factors in it, though, so the full effect of the Mueller report on Trump's approval has yet to be seen.