Trump to the hungry: 'Let them eat ... whatever' 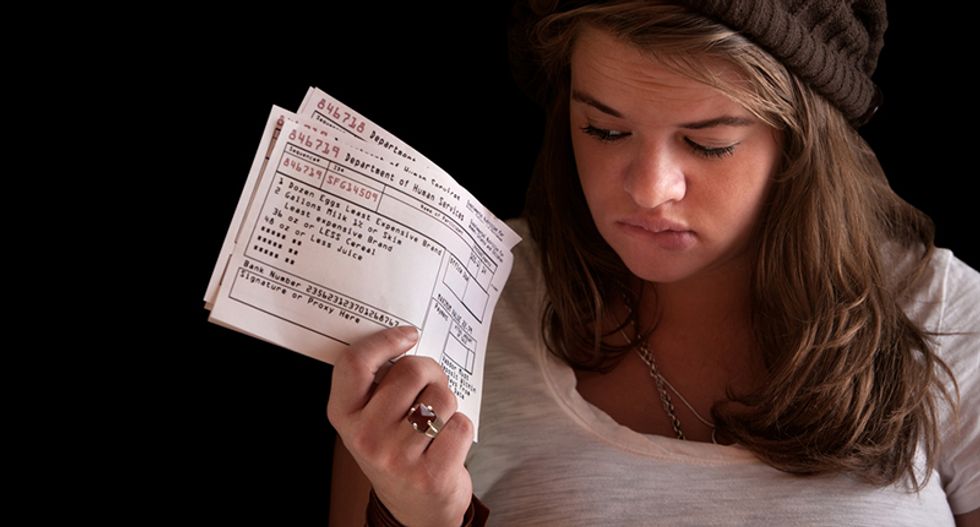 The federal Department of Agriculture program pushed by the White House to require food stamp recipients to work likely will affect nearly 50,000 New York City residents—and more than 750,000 nationwide, according to a new study by the Mayor’s office in New York.

What passed last year as part of the big farm bill package included a provision that food stamp recipients—a program administered by the Agriculture Department—must be working, in a job training program or actively looking for work if able-bodied individuals without dependent children.

It’s worth looking at the distance between what looks good in Washington and what looks not-so-good on the ground.

Those Able-Bodied Adults Without Dependents or “ABAWDs” aged 18 to 49, are limited to three months of food stamp benefits over three years unless they work, volunteer or get job training at least 80 hours a month. As it stands, states can grant individual exemptions or waive time limits in areas of high unemployment or lack of sufficient job openings.

Trump defines those waivers as possible in areas where unemployment tops 7% over a 24-month period. New York City’s unemployment rate is 4.2%. New York State waivers include the Bronx, parts of Queens and Upper Manhattan.

All in, the rules could cost New York City almost $100 million a year in lost benefits, resulting in more than $150 million annually in lost business, say city officials.  In formal comments opposing the plan, the Office of the Mayor told federal officials nearly 50,000 city residents would lose a monthly average of $151 in Supplemental Nutrition Assistance Program (SNAP) benefits.

Those food stamps normally are spent at 9,400 New York City supermarkets, bodegas, farmers markets and other retailers which could lose revenue and, therefore, jobs.

Outside the City, 33 New York counties, five cities and a town, also have waivers. New York State would lose 89% of its current waivers, newly subjecting 107,000 SNAP beneficiaries to time limits, according to Hunger Solutions New York.

The City Limits newsletter quotes Nicholas Freudenberg, director of the City University of New York’s Urban Food Policy Institute as saying, “We may be saving a few bucks by not paying them SNAP, but we’re generating costs that will eventually end up as public costs for taking care of people.”

The USDA estimates it will save the federal government a projected $15 billion over a decade.

The proposal shows “blatant disregard for the socio-economic realities facing ABAWD individuals,” according to the city’s formal comment on the proposed rule, which said the change will worsen hunger, while increasing administrative and fiscal burdens. It also sidesteps the effects of employment discrimination, the city contends.

A Mathematica Policy Research study of the 1.2 million ABAWDs who would be newly subject to time-limits, found 97% live in poverty compared to 80% of others on SNAP. Eleven percent were working, although less than an average of 20 hours a week.

The reactions offer an interesting depiction of translating policy to people:

Clearly, this is how we make America Great Again. Imagine how this group could improve health care.