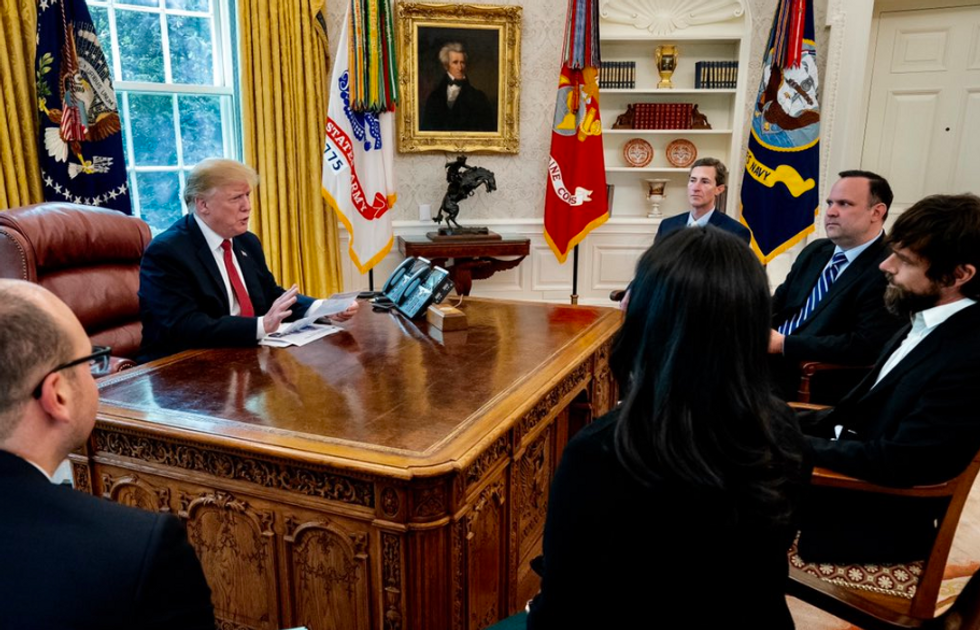 President Donald Trump, the person with the most powerful job in the country, used a meeting Tuesday with Twitter CEO Jack Dorsey to complain about not having enough followers on the platform, according to a new Washington Post report.

The report is not hard to believe given that, earlier in the day, Trump was lambasting the company for that very reason:

A significant portion of the meeting focused on Trump’s concerns that Twitter quietly, and deliberately, had removed some of his followers, according to a person with direct knowledge of the conversation who requested anonymity because it was private. Trump said he had heard from fellow conservatives who had lost followers as well.

But Twitter long has explained that follower figures fluctuate as the company takes action to remove fraudulent spam accounts. In the meeting, Dorsey stressed that point, noting even he had lost followers as part of Twitter’s work to enforce its policies, according to the source.

A number of these types of theories have floated around conservative circles suggest some kind of conspiracy against them on social media platforms. But aside from anecdotal complaints, there's no reason to suspect that the grievances conservatives have against the platforms are actually unique to the right-wing, rather than just reflecting processes and glitches that all users experience.

Many have argued that Trump repeatedly violates Twitter's rules against abusive behavior on the platform; the company seems to permit powerful world leaders to do so.