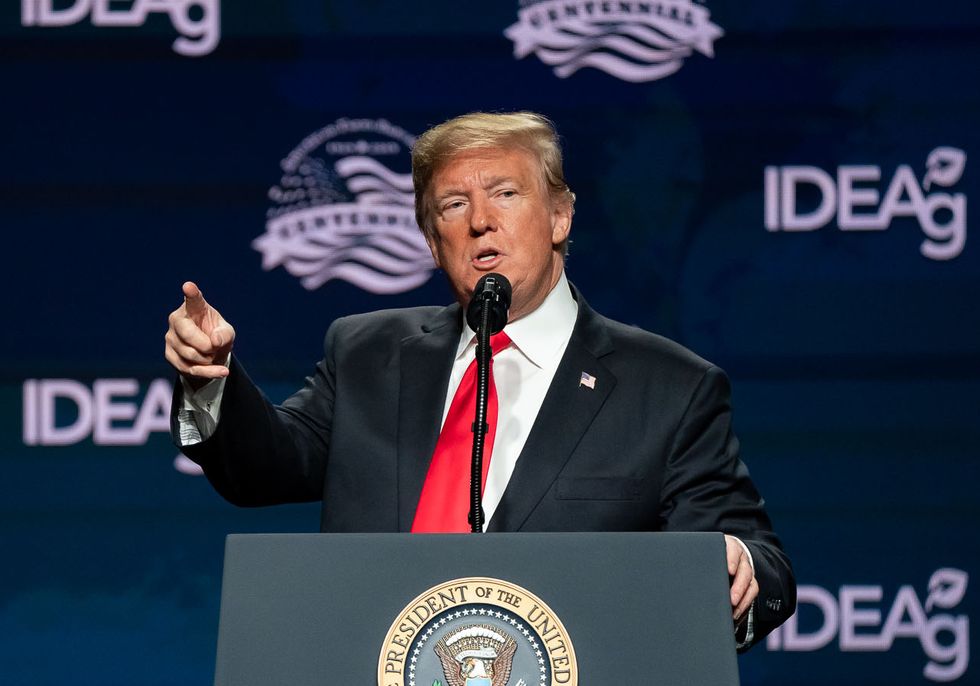 Donald Trump still doesn't really know how to be president.

Monday's chaos in the Department of Homeland Security, where Trump has ousted Secretary Kirstjen Nielsen, Secret Service Director Tex Alles, withdrawn his ICE director nominee, and is expected to continue the purge in the coming days, shows why.

"At the end of the day," one senior administration official reportedly told CNN of Nielsen's termination, "the President refuses to understand that the Department of Homeland Security is constrained by the laws."

Trump reportedly told Nielsen he wanted to stop accepting asylum seekers into the country and to restart separating immigrant families, but she said the law would not allow these policies. This, it seems, is why he chose to fire her.

CNN also reported that "behind the scenes," Trump told border agents on Friday not to let in asylum seekers. He said if judges tell them they have to, they should respond, "Sorry, judge, I can't do it. We don't have the room." According to the report, the agents' supervisors later explained that they could not follow these orders — if they did, they could personally be liable for breaking the law.

Vox's Aaron Rupar pointed out that this order itself, though, isn't really news — Trump encouraged agents publicly to break the law and refuse to let asylum seekers in on Friday.

It's not the first time Trump has spoken like this publicly. For example, he encouraged cops to handle suspects roughly when they're arrested — essentially condoning police brutality.

And we know from multiple sources that, behind closed doors, Trump is often will to encourage rule breaking and violations of the law. Former FBI Director James Comey said he asked him to drop an investigation into his ex-National Security Adviser Michael Flynn, an investigation that eventually led to Flynn's guilty plea and extensive cooperation with the government. Trump openly called for former Attorney General Jeff Sessions to unrecuse himself from the special counsel's investigation in an attempt to gain control over it, despite universal agreement that the recusal was warranted. Reports also suggest that he similarly sought to pressure Acting Attorney General Matthew Whitaker into interfering in the Southern District of New York's office, which is currently overseeing investigations related to his businesses and conduct. And over the weekend, Trump and the White House made it clear that they expect the IRS to refuse to honor Congress's instructions to deliver the president's tax returns — despite unequivocal law saying the agency must comply.

Turning back to the case of DHS, Trump just doesn't understand his role as president. He thinks he can bully those around him into getting his way by sheer force of will — a strategy that, along with the con man's toolbox, may have served him well in Manhattan real estate. But as president, he actually has a constitutional duty to enforce the law whether he likes it or not.

The president has a legislative role, too. The power of the veto gives him a voice in lawmaking, and the president's influence in his party and bully pulpit provides him the ability to set legislative agendas.

But on this front, Trump has been a total failure. In early 2018, he had a real chance to reach a compromise immigration deal with Democrats. Democrats wanted a fix for Dreamers, DACA, and the wider population of undocumented immigrants in the U.S. And Trump wanted money for a border wall and restrictions on certain types of immigration, including asylum.

There was the chance for a compromise, but Trump blew it up because he and his hardliner allies — including policy aide Stephen Miller and then-Chief of Staff John Kelly — didn't want to give in to the Democrats on anything. For them, it wasn't worth giving Democrats anything if they couldn't get a wish list of anti-immigrant policies.

Not getting the border wall money led to the saga of the January's government shutdown and the continuing battle over the national emergency declaration. Not getting any reforms to the asylum system led to the Homeland Security chaos now.

Because he couldn't get the laws passed the way he wanted, Trump is just trying to break the laws that are in place.

Mostly, this is a sign of weakness. The courts and Congress can stop him from going too far. But it's also a real danger for the country as it exposes Trump's authoritarian streak, hinted at in his admiration for dictators abroad who rule through violence. Right now, the institutional guardrails seem strong enough to contain his most unlawful acts. He'll keep trying, though, and it's impossible to predict where this road will take us.