Trump claims his history employing electrical workers won their political support. They actually have good reason to hate him. 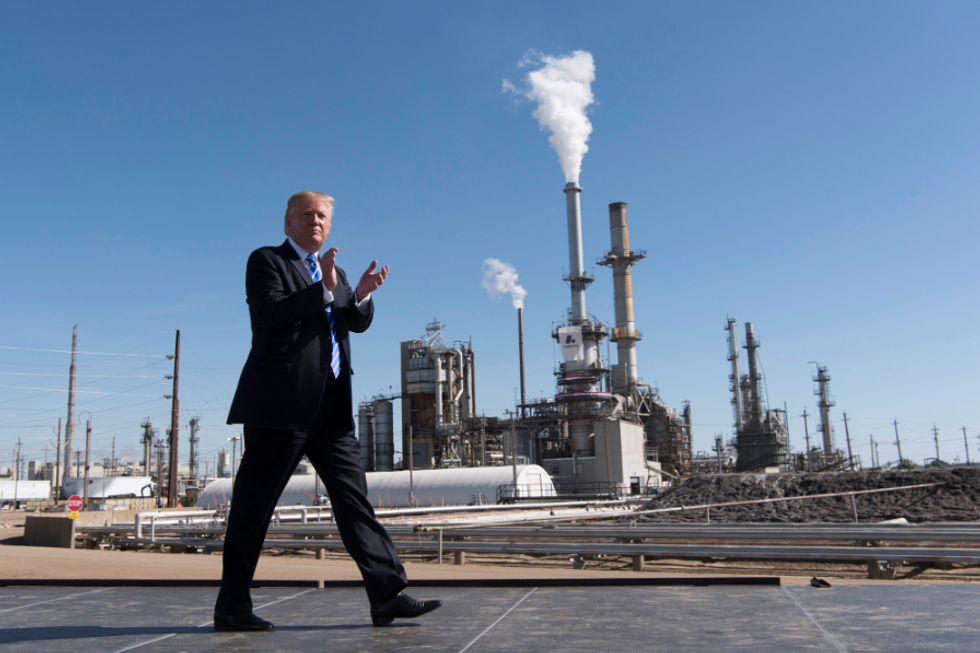 Former Vice President Joe Biden, on verge of announcing his candidacy in the 2020 Democratic presidential primary, spoke at a conference for the International Brotherhood of Electrical Workers (IBEW) on Friday. The 76-year-old Biden gave a rousing speech, praising electrical workers and referencing his upbringing in blue-collar Scranton, Pennsylvania.

But President Donald Trump, always jealous for the spotlight and apparently knowing that Biden was addressing the union, tweeted, “I’ve employed thousands of Electrical Workers. They will be voting for me!”

However, the IBEW endorsed Democrat Hillary Clinton — not Trump — in 2016. And Trump has not had positive relations with that union, which has 750,000 members (according to its website).

Responding to Trump’s tweet, Robert Maguire—research director for Citizens for Responsibility and Ethics in Washington (CREW)—tweeted that the union “put together an investigation in 2016 discussing, at length, how Trump treats his (workers), including electricians.”

In late January 2017 — not long after Trump was sworn in as president — an electrical contractor based in Maryland, AES Electrical, filed a lawsuit against the Trump Organization in the hope of recouping over $2 million it alleged it was still owed for helping to turn a former post office in Washington, D.C. into  the high-end Trump International Hotel.

In the lawsuit, AES alleged, “Although Mr. Trump’s Hotel has now been opened and has operated for business since September 2016—and despite the fact that Mr. Trump was successfully elected as the next U.S. President—Trump refuses to pay the sums due for the account of work of subcontractors, like [AES].”

AES, according to NBC News, alleged that when it submitted a bill for additional expenses, the Trump Organization offered to pay only one-third of it. After settlement discussions, AES dropped the lawsuit in April 2017.

During his IBEW speech on Friday, Biden praised blue-collar workers and the labor movement while attacking Trump and complaining that a “mean pettiness” has taken over U.S. politics. Trump, Biden asserted, “opposes every day the core values and beliefs of our nation.”

Biden has often been described as the Democrat Trump is the most fearful of running against in 2020, especially in Rust Belt states like Pennsylvania, Michigan, Wisconsin and Ohio (all of which Trump won in 2016). But on Friday, Trump told reporters, “No, I don’t see Joe Biden as a threat. No. I don’t see him as a threat. I think he’s only a threat to himself.”