'This is crazy, crazy stuff': Top Trump aide is desperately backpedaling after report reveals he trashed the president 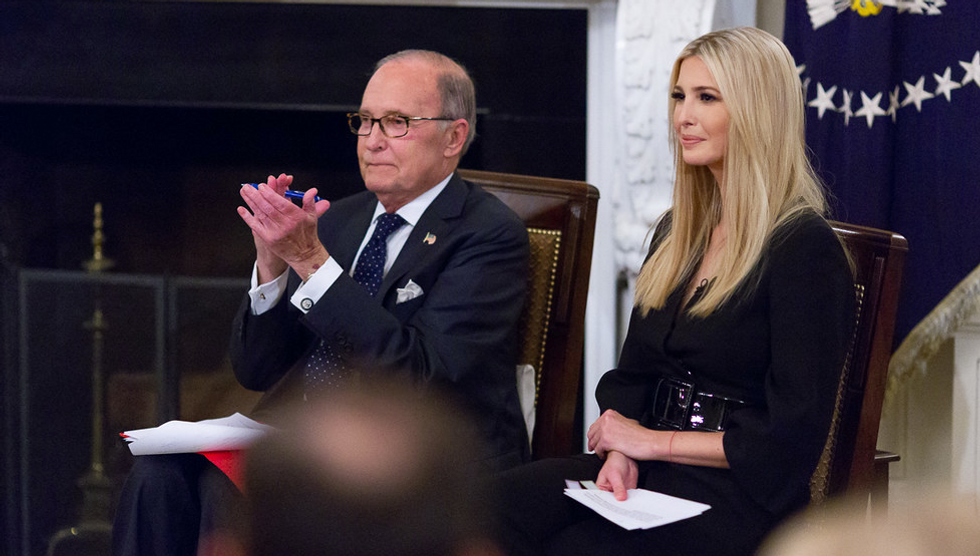 CNN uncovered a radio interview from August 2015 on Monday that has put President Donald Trump's top economic adviser and one of his new picks for the Federal Reserve in an awkward spot.

The recording captures a discussion between Larry Kudlow and Stephen Moore about Trump's then-early campaign for the presidency. Both men, who now depend on Trump's favor for their positions of power, trashed Trump's economic policies and his attitudes toward immigrants.

Kudlow was no less scathing, obliquely comparing Trump's immigration policies to the Holocaust.

I should've never said it because it was never true. President Trump is actually trying like hell to fix an immigration system that's been broken for 40 years -- hurting American workers, acting as a drain on our economy -- and he's the only one with the guts to call it out and fix it.

Moore just admitted that he has said "a lot of negative things about Donald Trump before I met him."

Kudlow and Moore have little independent credibility apart from this incident, so their complete lack of integrity in this incident tells us little more about them as people. But it does serve as something of a window into the not-too-distant past that somehow can be forgettable: that Trump was once anathema to many prominent conservative figures, sometimes even for the right reasons. The GOP and the broader conservative movement, such as it is, has been almost entirely consumed by his presidency. But the fact that it was so easily consumed, and with so little whiplash, reveals how hollow it was in the first place.