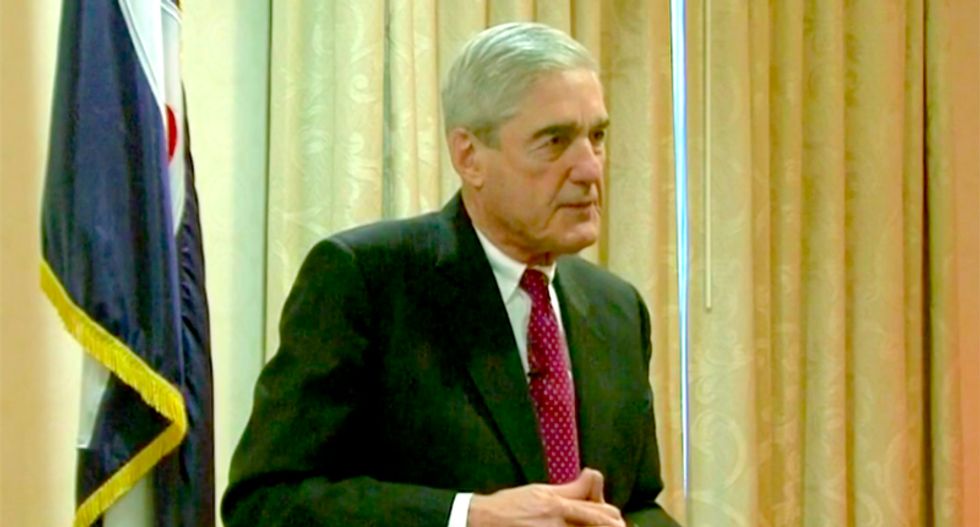 In the wake of Special Counsel Robert Mueller's report, laying out persuasive evidence that President Donald Trump committed obstruction of justice, we're forced to ask: Who will hold the president to account?

One notable group speaking out against the president's conduct is Checks and Balances, an organization of conservative and libertarian lawyers who argue in favor of the "rule of law." While there have been plenty of conservative and libertarian critics of the president, many right-leaning Trump opponents are nevertheless hesitant about joining the strongest condemnations of the commander in chief.

But in a new statement, the legal experts at Checks and Balances were upfront and direct about the threat Trump's documented conduct poses:

The report further revealed a pattern of behavior that is starkly inconsistent with the President’s constitutional duty to “take care that the laws be faithfully executed.” The Special Counsel’s investigation was conducted lawfully, and under longstanding Attorney General guidelines. The facts contained in the report reveal that the President engaged in persistent conduct intended to derail, undermine and obstruct ongoing federal investigations

It noted that because the Office of Legal Counsel in the Justice Department has found that a sitting president cannot be indicted, the fact that Mueller declined to make an official prosecutorial judgment is essentially irrelevant. The signatories to the statement "believe that the President’s conduct demonstrates a flagrant disregard for the rule of law — a disregard that is in direct conflict with his constitutional responsibilities, including his commitment under oath to 'preserve, protect and defend the Constitution of the United States.'"

While they don't explicitly say Trump should be removed from office, they make clear that they support the House beginning impeachment proceedings.

"We believe the framers of the Constitution would have viewed the totality of this conduct as evidence of high crimes and misdemeanors. Accordingly, Congress, which carries its own constitutional oversight responsibilities, should conduct further investigation," the statement said.

Orrin Kerr, another prominent legal expert, said on Twitter: "FWIW, I agree w/almost all of this. I didn't sign only because I haven't researched sufficiently what the founders thought high crimes and misdemeanors are, so I wasn't on board that sentence near the end."

While this statement may seem like academic posturing without regard for the electoral realities that essentially guarantee that congressional Republicans will never turn against Trump, it should be taken seriously. First, it's important to recognize when public thinkers stand up for core principles, even when it might disadvantage or alienate their ideological compatriots. And second, if Republicans were ever to turn against Trump, this is how it would have to start: credible and trusted allies of the GOP making powerful, persuasive arguments about taking the president's conduct seriously. The chances that Republicans will ever hold him accountable remains remote, but this is how the change of tide would begin.