So you want to start a progressive podcast? These 10 tips will help you be successful 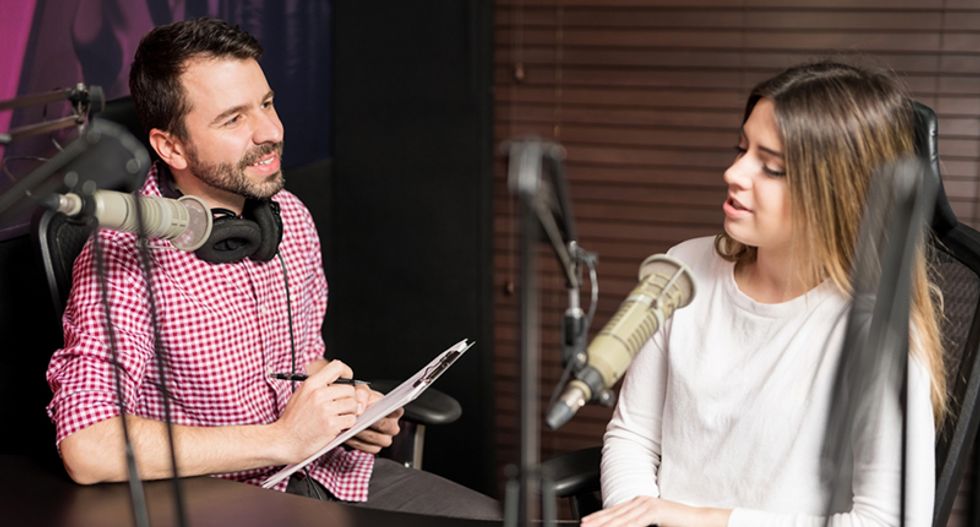 Rush Limbaugh has, at various times, claimed credit for the elections of Ronald Reagan, George H.W. Bush, George W. Bush and Donald Trump—and given how narrow electoral margins have been recently, he may be right. But now, in a free-market fashion that even conservatives have to salute, an explosion of podcasting is causing the tide to turn.

So here are a few tips to the up-and-coming crop of progressive podcasters (I’ve been contacted by dozens this past year) from somebody who’s been doing it (on live radio, live TV, and two different versions [paid and commercial-funded] of our podcasts) for around 15 years.

Your podcast must be relentlessly entertaining. It must conform to the rules of broadcasting (podcasting is, after all, a form of broadcasting), from voice modulation to clean transitions to resets of topic if a single podcast covers more than one. Keep things popping.

My rule of thumb is that in every podcast I must give my listeners at least one or two good solid “forehead slaps”—a bit of information where the listener slaps their forehead and says, “Jeez, I never knew that!” or, “I knew that, but I never thought of it that way!”

Sure, Larry King and Terry Gross do guests brilliantly. But Terry Gross and Larry King have a Very Rare Talent—the ability to be nearly transparent/invisible in a way that draws from their guests deep and unexpected levels of intimacy and detail. If you must have guests on your show, try first to limit them to people with whom you strongly disagree, unless you have that Very Rare Talent.

If you must have on sympathetic people with whom you agree, follow the late Art Bell’s formula and get only people who have such startling, brilliant information and first-class presentation that they’ll hold your listeners with you. But remember the risk: unless you’re as good as Chris Matthews at controlling a conversation, it’ll be their show and not yours during the time they’re on, and, because of that, the quality of your show will vary depending on your guests.

What’s truly amazing—and distressing—is the number of podcast hosts who just ramble on, seem to agree with every one of their callers/guests, or just read the news and complain about it; they never firmly stake out their own unique, original, and thought-provoking take on a topic, and that will kill a podcast.

For example, television doesn’t use compressors/limiters to homogenize its audio anywhere near as completely as do radio and podcast processors: Uniquely in radio and podcasts, some of the normal volume-based emphasis is stripped from our voices.

To replace that lost emphasis, personalities must use tonal modulation, which the listener’s brain seamlessly converts back into a perception of volume modulation. This is why “radio voice” tonal modulation sounds overdone in person, on the phone, or on television (remember Ted Knight?), where the volume modulation is left intact. It’s only on radio or a podcast recorded with studio processing that it sounds normal.

And, like politics, podcasting isn’t something one can learn to do well overnight. Anybody who knows how much hard work and practice goes into producing effortless-sounding talk stands in awe of our industry’s truly genius-level talents like Mike Malloy, Jim Bohannon, Randi Rhodes, and Howard Stern.

America is waiting, so get started. There’s a huge audience out there for progressive podcasts, and they’re waiting for their forehead-slaps, their ammunition for the water cooler wars, and their validation of a progressive worldview. Tag, you’re it!

This article was produced by the Independent Media Institute