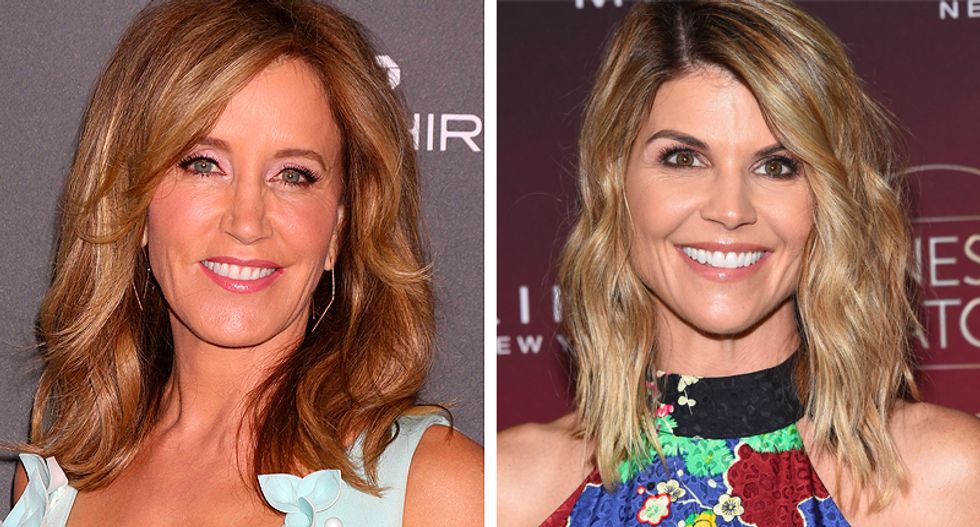 Most Americans still cling to the meritocratic notion that people are rewarded according to their efforts and abilities. But meritocracy is becoming a cruel joke.

The Justice Department recently announced indictments of dozens of wealthy parents for using bribery and fraud to get their children into prestigious colleges.

But the real scandal isn’t how far a few wealthy parents will go to get their kids admitted (apparently $1.2 million in illegal payoffs), but how commonplace it has become for them to go almost as far without breaking any laws – shelling out big bucks for essay tutors, testing tutors, admissions counselors, and “enrichment” courses (not to mention sky-high tuition at private schools feeding into the Ivy League).

Inequality is lurking behind all this, and not just because the wealthy can afford it. Researchers Daniel Schneider, Orestes Hastings, and Joe LaBriola found that in states with the biggest gaps between rich and poor, well-to-do parents spend the most trying to get their children into elite colleges.

America’s unprecedented concentration of wealth combined with seemingly bottomless poverty have increased parental anxiety – raising the stakes, and the competition, for admission.

While some entrepreneurs in America’s billionaire class lack a prestigious degree, it’s become harder to become a run-of-the-mill multimillionaire in America without one.

Most CEOs of big corporations, Wall Street mavens, and high-priced lawyers got where they are because they knew the right people. A prestigious college packed with the children of wealthy and well-connected parents is now the launching pad into the stratosphere of big money.

Elite colleges are doing their parts to accelerate the trend.

At a time when the courts have all but ended affirmative action for black children seeking college admission, high-end universities provide preferential admission to the children of wealthy alumni –“legacies,” as they’re delicately called.

Some prestigious colleges have even been known to make quiet deals with wealthy non-alums – admission for their kids with the expectation of a large donation to follow.

About four in 10 students from the richest one-tenth of one percent of American families now attend an Ivy League or other elite university, according to a recent study based on millions of anonymous tax filings and tuition records.

At some upscale campuses – including Dartmouth, Princeton, Yale, Penn, and Brown – more students now come from the top 1 percent than from the entire bottom 60 percent put together.

By contrast, less than one-half of 1 percent of children from the bottom fifth of American families attend an elite college. Fewer than half attend any college at all.

A worse scandal is K-12 education, where geographic segregation by income is leaving poor school districts – partly reliant on local property taxes, which don’t generate much revenue– with fewer resources per pupil than richer districts.

Race is involved. School districts that are predominantly white get $23 billion more funding each year than districts serving mostly students of color.

When it comes to early childhood education – which education experts agree is vital to the future life chances of the very young – the gap has become a chasm.

Wealthy parents spare no expense stimulating infant and toddler brains with happy human interactions through words, music, poetry, games, and art. Too often, the offspring of poorer kids do little more than sit long hours in front of a television.

The monstrous concentration of wealth in America has not only created an education system in which the rich can effectively buy college admission for their children. It has distorted much else.

It has created a justice system in which the rich can buy their way out of prison. (Exhibit A: money manager Jeffrey Epstein, who sexually abused dozens of underage girls, yet served just thirteen months in a private wing of a Palm Beach county jail.)

It has spawned a political system in which the rich can buy their way into Congress (Exhibit B: Reps. Darreill Issa and Greg Gianforte) and even into the presidency. (Donald Trump, perhaps Starbuck’s Howard Schultz).

And a health care system in which the super-rich can buy care unavailable to others (concierge medicine).

Meritocracy remains a deeply held ideal in America. But The nation is drifting ever-farther away from it. In the age of Trump, it seems, everything is for sale.

This is reprinted from Robert Reich.com