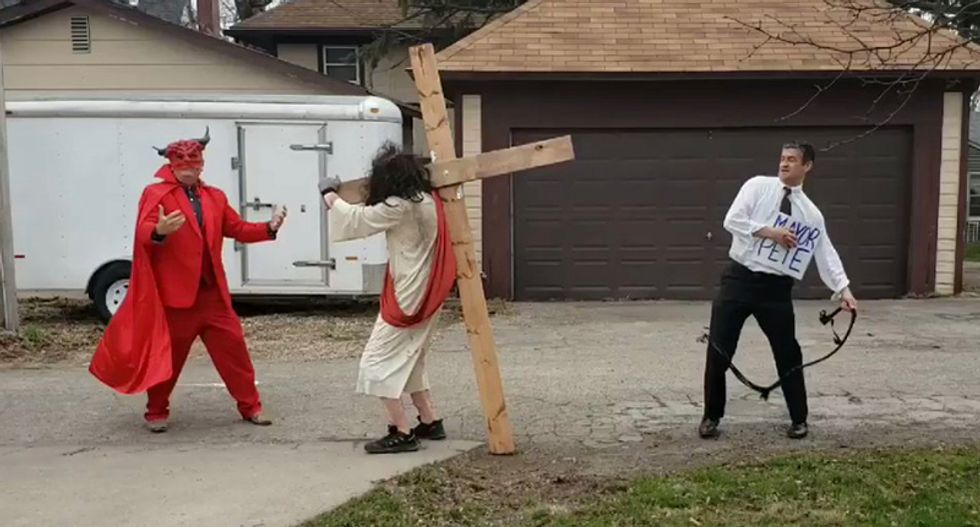 A group of anti-LGBT protesters followed Pete Buttigieg to another town in Iowa for a bizarre demonstration.

One man demonstrated his hatred for homosexuality by dressing up as Buttigieg and whipping another man dressed as Jesus on the cross, while a third man dressed as Satan harangued confused onlookers in front of a garage in Marshalltown.

“Beat the savior, beat him — I hate this guy,” said the man dressed as Satan. “Yes, more blood, Peter. Every vote is a lash on the back of Christ.”

“The good news is,” he said, “the condition of my soul is in the hands of God but the Iowa Caucuses are up to you.”

The 37-year-old Buttigieg’s campaign has been drawing more attention lately following a series of TV appearances that won him praise and new fans, and the openly gay military veteran’s sudden popularity appears to have rattled some conservative Christians.

Satan’s stand-in then warned that Buttigieg was “polling number one in hell.”