Republican lawmaker declares: 'Nobody goes to sleep wondering if they'll be able to feed their families' 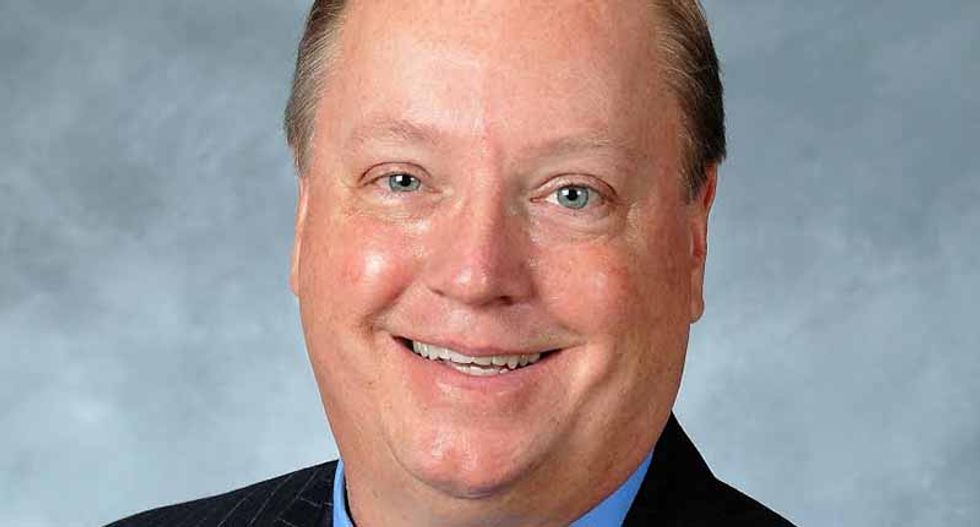 An estimated 40 million people live in food-insecure households in the United States, according to the U.S. Department of Agriculture. Around 6.5 million of those people are children. And an additional 9.7 million adults exist in a sphere of “very low” food security.

There’s no excuse for people to be ignorant of the struggle of countless Americans, including children and the elderly. That said, there is especially no excuse for a politician to plead ignorance. Or worse, to be so out of touch that they’re actually offensive.

Congressman Jim Hagedorn, a Republican from Minnesota, declared in a speech at the Noon Kiwanis Club in the town of Worthington, Minnesota, that “Nobody [in America] goes to sleep at night wondering if they’ll be able to feed their families.” Yes, he really said that. When I first read the quote, I thought it had to be fake—but somehow, it isn’t. An elected official really did say that no one goes to sleep worrying about feeding their families ... while people are routinely, chronically unable to feed their families and themselves. Far fewer can access food that is nutritionally sound.

Hagedorn serves a district that covers all of southern Minnesota. Notably, it’s also the second-largest producer of pork in the entire country. Hagedorn himself was raised on a livestock farm.

A newspaper in Worthington, the Globe, notes that “Hagedorn made the comment with regard to availability of food in grocery stores, and America having a food supply that is abundant and nutritious in stark comparison to other countries.” While this softens the blow somewhat, it still removes the reality of food deserts from the equation. Roughly 23.5 million people live in food deserts. Of those people, almost half are low-income. Even if food is “abundant” and “nutritious,” if people aren’t able to afford it, access it, or frankly even get to a store that sells it, it’s not doing the American people any good.

This isn’t just about being politically correct, either. When politicians spread this kind of misinformation, they are also likely to vote against changes aimed at better opportunities for low-income constituents. That’s positively shameful, no matter what side of the political aisle you’re on.

It can also stoke a negative fire: People who hear this sort of dismissive attitude toward low-income people and others who struggle with food insecurity can add it to existing ugly, stereotypical rhetoric that low-income people are lying or pretending to be in need.

Simply saying there’s “enough” food for everyone doesn’t do anything to actually get food into people’s bodies. It’s misleading at best and dangerous at worst.

The nonprofit MinnPost reported last week that Hagedorn is not only a Republican, but also an avid supporter of the president. In the same talk in which he dismissed the hunger epidemic, Hagedorn said, “Walls are not immoral. Walls are not racist” in regard to immigration at the U.S. southern border. He also tossed out the conspiracy theory that millions of undocumented immigrants “overstay their visas” and that they’re from “terrorist countries.”

To round out the offensiveness, he also blamed 9/11 on immigrants.