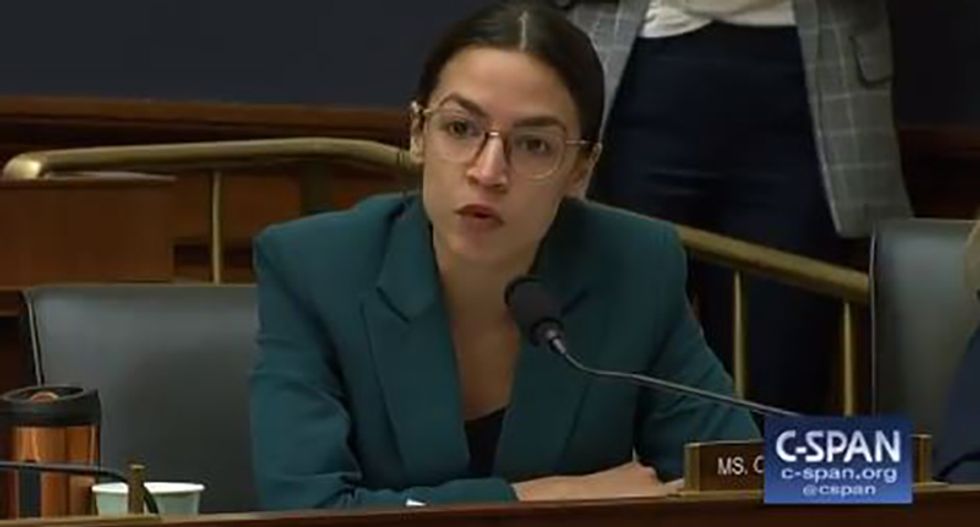 Kellyanne Conway stated on Jake Tapper’s State of the Union earlier today that AOC did not tweet profusely enough about the church bombings in Sri Lanka on Easter day, after commenting on the Christ Church Mosque Bombing, because she is insufficiently Christian or something.

Below is the video, if you want to skip through her other lies she begins lying about AOC at about 3:25.

After the appearance, someone called out Kellyanne (since deleted) on Twitter to which Conway responded:

I don’t know whom Kellyanne thinks “Easter Worshippers” would be if not Christians, but whatever...

So who does The Hill accuse of making accusations?

"On Easter I was away from tech visiting my grandmother in Puerto Rico, which continues to suffer from the White House’s incompetent disaster response," Ocasio-Cortez said on Twitter after Conway called out the congresswoman's "silence" on the attacks.

"Are you trying to imply that I am less Christian? What was the point of you bringing this up on national TV?"

AOC didn’t accuse her of shit.

She said matter-of-factly that Kellyanne was using one of her patented alternative facts to stoke suspicion about her faith.

This both-sider BS has to stop.