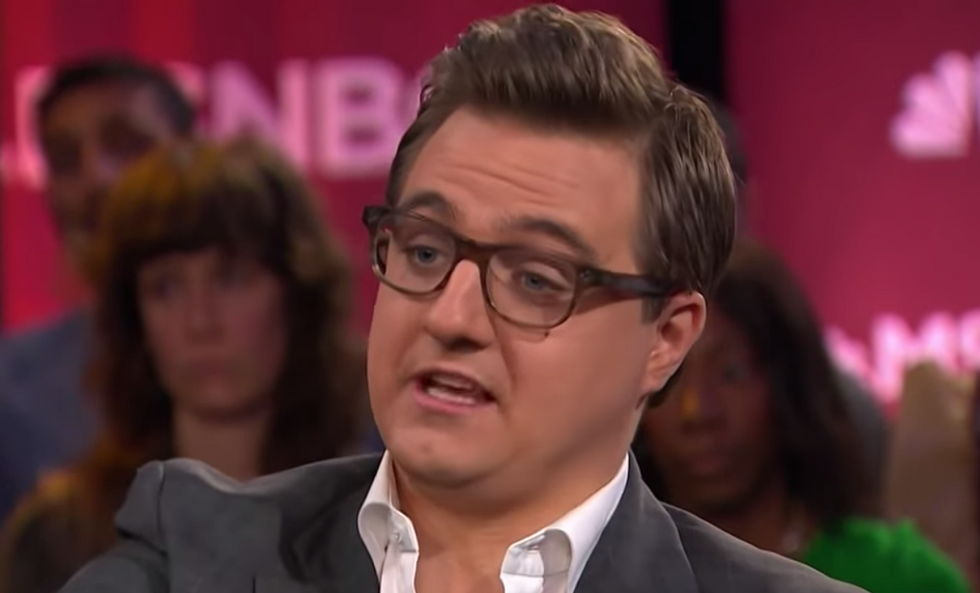 The back-and-forth began when Mackowiak tweeted a story from The Washington Free Beacon about presidential candidate Beto O'Rourke, who recently compared Trump's rhetoric about immigrants at the U.S.-Mexico border to that of the Nazis.

"He then went on to call asylum-seekers animals and an infestation," explained O'Rourke. "Now we would not be surprised if in the Third Reich other human beings were described as an infestation, as a cockroach or a pest that you would want to kill."

"The reckless candidate continues his recklessness," Mackowiak said of O'Rourke.

"He noted that talking about immigrants as an 'infestation' and 'animals' is Nazi language, and in that he is 100% correct," the MSNBC host tweeted. "The recklessness lies with the president using those vile, dehumanizing terms, not with the person pointing that out."

Mackowiak responded: "What word would you use to describe 4,000 apprehensions every day?"

"[OF] HUMAN BEINGS?!!! OF CHILDREN? I would never ever ever EVER under any circumstances refer to it as an 'infestation,' because that is a word that describes vermin," Hayes wrote. Asked whether "invasion" was appropriate, he said: "They don't have weapons, and are not militants of any kind so fo course invasion is definitely not appropriate. It is a humanitarian crisis, yes."

He added: "Calling a group of people an "infestation," comparing them to rats or vermin or cockroaches has been deployed as justification for genocide time and time again. This is just a plain historical fact."

The exchange ended with this:

@MattMackowiak I know you don't and wouldn't! I think the comparison is often hyperbolic and maybe unwise, but this… https://t.co/nztWWdBpCl
— Chris Hayes (@Chris Hayes) 1554418823.0

Mackowiak's last point here is particularly revealing and alarming. He is, it seems, more concerned and offended by the analogy Trump's critic's make of his administration to the Third Reich than he is of the analogy and metaphor the president makes comparing immigrants to animals and an infestation. In addition to Hayes' astute points about the relative accuracy of each analogy, there's a more fundamental point to be made: one of the comparisons is used to critique the powerful ruling party in the U.S. government, while the other is used to attack and demonize a vulnerable and frequently abused population. The fact that Mackowiak finds one of these analogies "unwise" while offering little condemnation of the other is particularly telling.