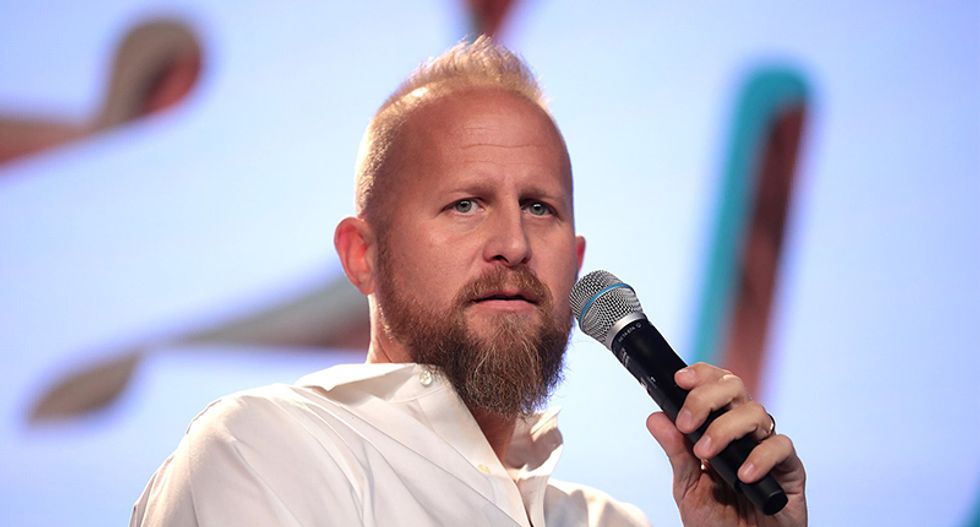 Special counsel Robert Mueller’s Russia investigation, which concluded in March, raised many questions about what is and isn’t appropriate when it comes to interactions between presidential campaigns and foreign entities. And a March visit to Romania by Brad Parscale, manager for President Donald Trump’s 2020 reelection campaign, is being scrutinized by legal experts in a Washington Post report by Michael Birnbaum and Ioana Burtea.

In Romania, Parscale delivered a paid speech to Romanian politicians and policy experts. Doing so, according to the Post’s report, is perfectly legal as long as Parscale does not do any lobbying in the U.S. on behalf of foreign clients without registering. But the political figures the Post interviewed expressed different views on how advisable it is or isn’t for a presidential campaign manager to be accepting money from foreign entities.

Richard Painter, who served as an ethics lawyer for President George W. Bush, was critical of Parscale’s actions, telling the Post, “The appearances are terrible. You would certainly think that a campaign manager would not take money from foreign nationals in this political environment.”

Kayleigh McEnany, a spokesperson for Trump’s campaign, told the Post that Parscale’s speech in Romania was fine because he was doing so “as a private citizen” and “followed the Trump campaign’s approval process governing invitations for outside speaking engagements.” But Republican political strategist John Weaver, who worked on the presidential campaigns of George H.W. Bush and Sen. John McCain, was critical of Parscale’s speech in Romania and told the Post, “I’ve never heard of anything like this before. There are too many opportunities where there could be potential conflicts between a presidential campaign and the policies that the candidate could espouse and potential income. It is a conflict-of-interest zone that you just never enter into.”

Trevor Potter, president of the nonpartisan Campaign Legal Center, was critical as well and told the Post, “It appears the Trump political organization has learned nothing from 2016 about the dangers of senior campaign personnel’s entanglement with foreign money.”

Nonetheless, Romania is a former Eastern Bloc country that has enjoyed friendly relations with the U.S. since the 1990s. After the fall of Nicolae Ceausescu’s notoriously oppressive communist dictatorship in 1989, Romania became a democracy and went on to join the European Union (EU) in the 1990s and the North Atlantic Treaty Organization (NATO) in 2004. Romania still has its own currency, the leu, but is expected to adopt the euro as its currency during the next decade.

Parscale, according to the Post, made “little reference to Romania” during his speech and spoke about the United States’ presidential campaigns of 2016 and 2020. When he was asked about current U.S. policy toward NATO, Parscale declined to comment and told the Romanian attendees, “That’s way too policy for me. I don’t work for the administration.”