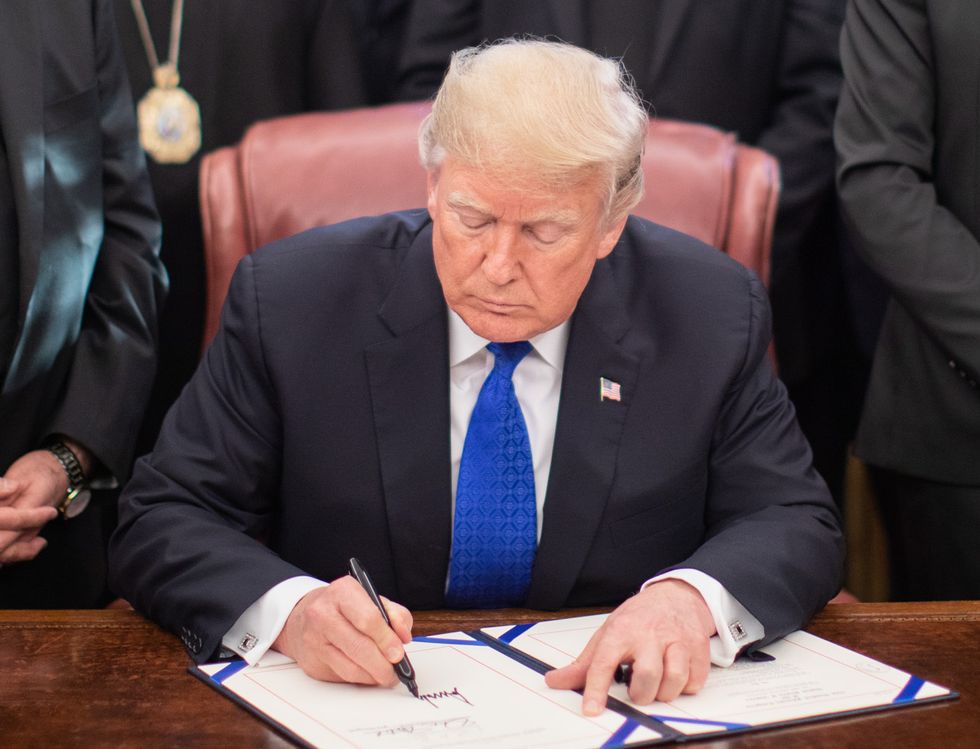 House Judiciary Committee Democrats are raising the alarm over a move by the Justice Department that would give a conservative think tank opposed to criminal justice reforms a key role in implementing the First Step Act. That bill, signed into law by President Trump in December, combines limited sentencing reforms with measures designed to allow current inmates to shorten their sentences by participating in evidence-based training programs.

But despite the president’s support for the measure, the Trump Justice Department has taken a step that appears aimed at undercutting the act. Earlier this month, the DOJ’s National Institute of Justice announced that it had selected the Hudson Institute to host the Independent Review Committee (IRC) mandated under the act.

In a joint statement released Tuesday, House Judiciary Committee Chairman Jerrold Nadler (D-NY) and Subcommittee on Crime, Terrorism and Homeland Security Chairwoman Karen Bass (D-CA) sharply questioned the decision. “Our concerns about this decision remain” even after staff was briefed by DOJ, the pair said.

Under the act, the IRC’s function is to create independent, unbiased oversight of the law’s implementation and to ensure that reforms are carried out in a bipartisan and evidence-based manner. The act calls on the National Institute of Justice to “select a nonpartisan and nonprofit organization with expertise in the study and development of risk and needs assessment tools.”

The Hudson Institute doesn’t fit that description. A bastion of neo-conservative thought, the institute was founded in 1961 by uber-Cold Warrior Herman Kahn, whose quest for “winnable” nuclear war strategies inspired Stanly Kubrick’s Dr. Strangelove. Its primary interests are advancing militaristic security policies and a pro-Israel and Islamophobic agenda in the Middle East, although it offers up neo-conservative critiques of domestic social and economic issues as well.

“The Hudson Institute appears to have little or no expertise in the study and development of risk and needs assessment tools,” Nadler and Bass wrote.

That opinion was seconded by Marc Mauer, executive director of the Sentencing Project, a Washington, D.C.-based non-profit dedicated to working for a fair and effective U.S. criminal justice system.

“The Hudson Institute has no interest or expertise in criminal justice policy, and to the extent they do have any opinion about policy, they’re very hostile to the kinds of provisions that are in the First Step Act,” Mauer said. “It’s a strange choice when there are so many other reputable think tanks and organizations that do have experience in these issues.”

Hudson’s chief operating officer is George W. Bush-era drug czar John Walters, which raised another red flag for Mauer: “Walters is one of the premier drug warriors of the past 20 years,” he said. “He’s the co-author, with John Dilulio, of Body Count, that book from the 1990s that spread the thoroughly discredited ‘superpredators’ myth.”

In their statement, Nadler and Bass noted that DOJ was not forthcoming when queried about why Hudson was chosen and suggested that perhaps the decision has come through other-than-conventional channels.

But Nadler and Bass already knew a few things about the institute itself.

“The Hudson Institute and its leadership have opposed sentencing reform, opposed the First Step Act’s reforms, and authored an article entitled ‘Why Trump Should Oppose Criminal Justice Reform,’” they noted. “We are concerned that the selection of a biased organization lacking requisite expertise may reflect a lack of intent to diligently and effectively implement the bipartisan criminal justice reforms passed last Congress.”

“DOJ is either paying short shrift to implementing critical elements of the First Step Act or substituting its own perspective over the will of Congress,” they added. “We ask that NIJ immediately rescind this selection and appoint an organization that comports with the mandates under the First Step Act. Congress will remain vigilant and demands that DOJ carry out the letter and spirit of the First Step Act.”

Does President Trump know that somewhere in the Justice Department his minions are working to undercut the bill he signed? Does he care?