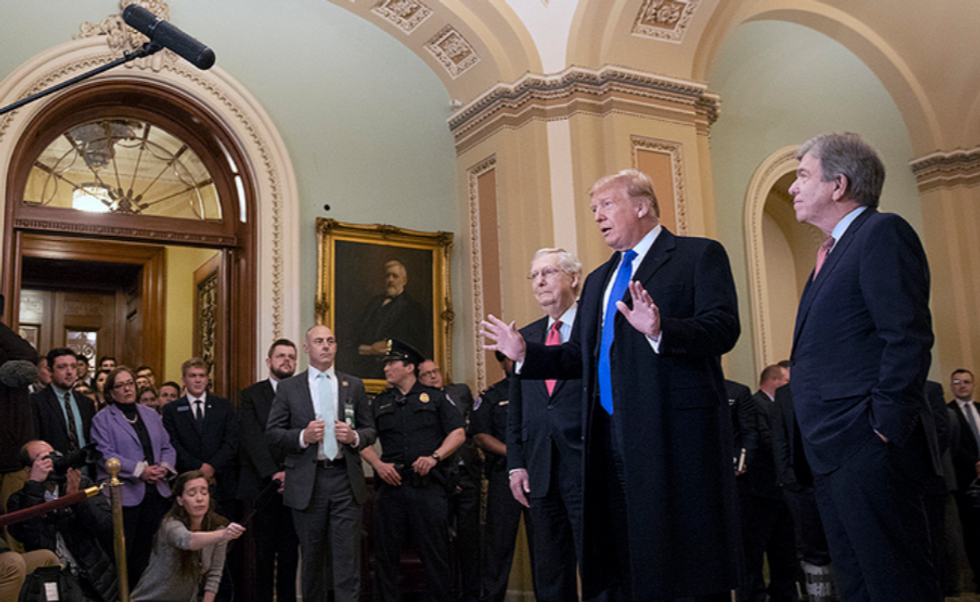 Under the law, the IRS is required to hand over the requested documents, but most observers expect the administration to fight the request.

As I reported Wednesday, Democrats had already been getting criticized for waiting so long to request the president's taxes. Not only had Democrats themselves made obtaining his returns a priority during the 2018 campaign, but Trump himself had long promised that he would release the documents — only to break that promise. So there's no excuse for not making them public.

Rep. Richard Neal (D-MA), who chairs the Ways and Means Committee, had been cagey about whether and when he would finally make the request. Because Trump and the administration are expected to put up a fight against the request, many argued that making the demand in writing sooner rather than later would be wise.

Former federal prosecutor Harry Litman has argued that Democrats have a firm legal basis for the demand:

The law that permits Neal, as head of Ways and Means, to receive Trump’s returns is simple and clear: 26 U.S.C. §6103(f) specifies that “upon written request from the chairman of the Committee on Ways and Means of the House of Representatives … the Secretary [of the Treasury] shall furnish such committee with any return or return information specified in such request.” The return is furnished in closed executive session.

“Shall” means, well, shall. The language is the well-established norm, across a range of legal settings, used to denote an absence of discretion on an official’s part. It leaves no room for quibbles by the secretary.

Neal's letter specifically requests the president's taxes from 2013 to 2018. In addition, it asks the IRS to provide information about whether and how long those returns have been under audit. And it requests the tax returns for eight Trump-related business entities.

However, the request justifies itself on narrow grounds. Neal says that committee is considering legislation on the IRS practice of reviewing presidential tax returns; this is currently an agency policy not required by law. On this narrow basis, it's not clear if Neal will share the returns with other committees investigating Trump and his history. It's also not clear if they'll ever be made public, even though the House wields the power to do so.

Trump has claimed since the 2016 campaign that he would release his tax returns, but he has said he is waiting until an audit is complete. However, this explanation of the delay never made much sense. There's no reason he couldn't release that tax returns even while they're under audit. And even if there were, he could release his past tax returns that aren't under audit, or he could have released his 2016, 2017, and 2018 returns as he submitted them, before the IRS even had the opportunity to place them under audit.

The clear inference many observers drew is that Trump has something to hide in his tax returns. Of course, we won't know whether that's true, and if it is, what he thinks is worth hiding, until they are made public.

Neal's letter gives the IRS until April 10 to comply with the request.

Speaking with reporters Wednesday evening, Trump said he his "not inclined" to hand over his taxes. But formally, the request is made of the IRS, not the White House or Trump personally — so there's no reason he should have a say in the matter.