Enraged Trump attacks Obama for separating children: 'I’m the one that stopped it’ 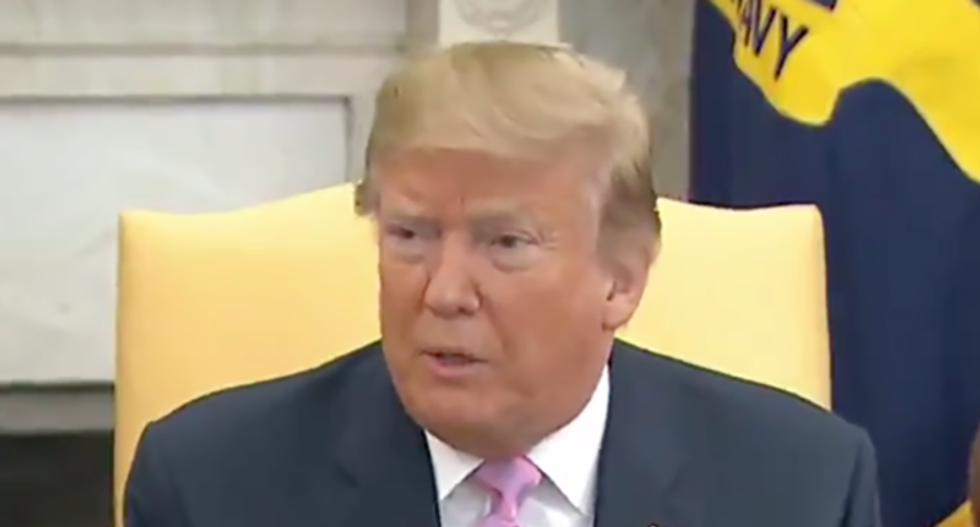 President Donald Trump charged his predecessor with separating families and putting children in cages, but insisted he was the one who stopped it.

The President is lying, as the AP and ABC News have previously reported.

The Trump administration, under Stephen Miller, created the "zero tolerance" policy of separating families at the border and caging children with the direct intention of deterring people from Central America attempting to come to the United States. He called it a "simple decision."

Asked about separating children – a policy Trump has been demanding for months his now-fired Secretary of homeland Security start up again, despite being illegal – Trump initially refused to answer.

About 30 seconds later Trump spoke as reporters were being coralled out of the Oval Office.

"President Obama," Trump said harshly, stressing the former president's name, "separated the children. Those cages that were shown. I think they were very inappropriate. They were built by president Obama's administration – not by Trump."

"I'm the one that stopped it."

"And I'll tell you, once you don't have it, that's why you see many more people coming. They're coming like it's a picnic – 'Let's go to Disneyland.'"

That too is false – studies show the policy was not effective.

MSNBC aired the clip and announced President Trump was incorrect.