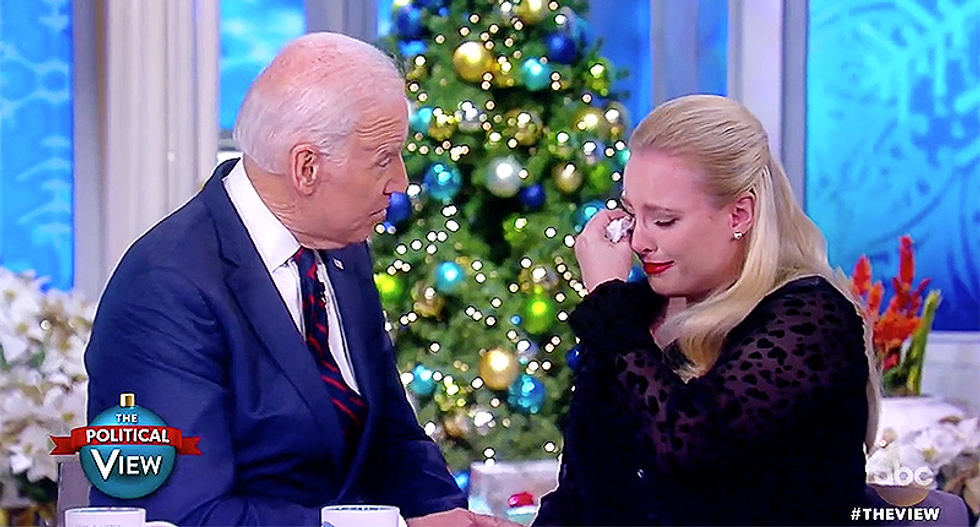 The McCain clan will back Biden in a crowded Democratic field, and — if he wins the Democratic nomination — in a race against President Donald Trump. The McCain family has well-documented feud with the president, who once said he doesn’t consider McCain, a Vietnam War veteran, a hero. Trump even mocked the former Republican candidate for president after his death last year.

Per the Washington Examiner:

Sources close to both Biden's presidential campaign and the McCains said that at some point during the White House race, McCain's widow Cindy, 64, and daughter Meghan, 34, a host on "The View," will offer their public support in the hope of removing Trump from office in 2020.

It’s unclear what impact the McCain’s support for Biden will have on the race. In a crowded Democratic primary, sources close to the McCain fear an endorsement will harm the former vice president.

"It's undeniable that Joe Biden and the McCain family have a very close, personal relationship. It's about what's good for him [Biden],” a former McCain campaign official told the Examiner.

Meghan McCain has frequently criticized Democrats for what she sees as unfair attacks on Biden, who she describes a close family friend. Meghan McCain once warned Democrats they will get Trump re-elected if they continue to question whether Biden is the best candidate to take on Trump in 2020.

Of course, primaries are the exact correct time to criticize candidates, and among Democrats — who are rightly concerned by aspects Biden’s extensive record (from his support for the Iraq War, to his handling of the Anita Hill hearings), it’s unlikely her family’s backing will move the needle.