Anti-vaxxers are just as bad as climate deniers 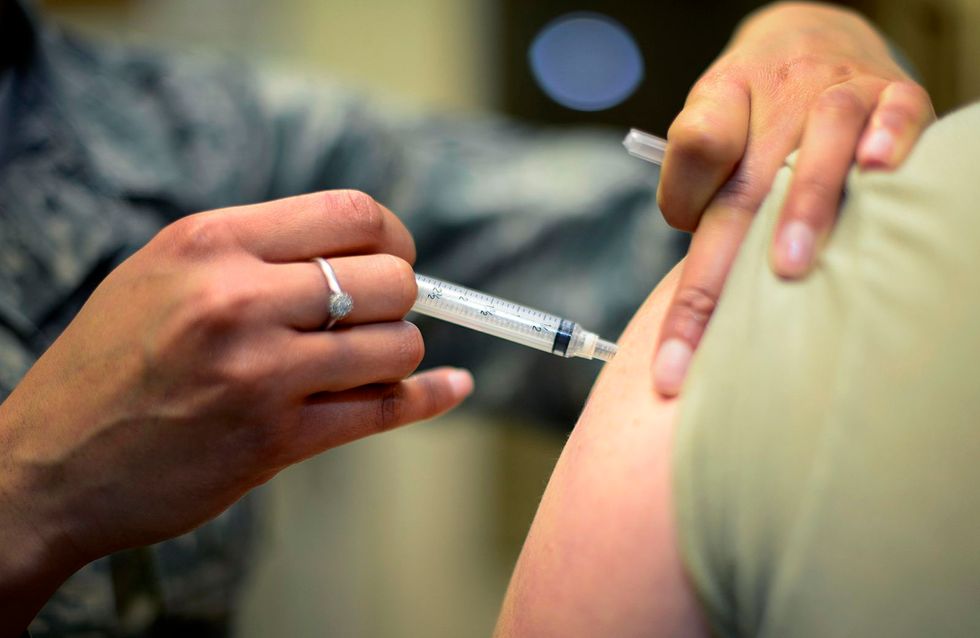 There have been at least 555 confirmed cases of the highly contagious measles virus since January alone, prompting officials from the Centers for Disease Control and Prevention to call this sudden eruption the worst outbreak of the disease in nearly 20 years. The story about measles spreading across the U.S. is unfolding alongside a parallel and troubling trend of increased measles infection rates globally. The World Health Organization issued a report at the same time as the CDC, finding that measles cases worldwide have surged by nearly four times the average number in the first three months of the year.

But the national and global trends spin a tale of two separate realities. An irrational fear of vaccines among well-educated and largely white Americans has fueled an utterly preventable and dangerous disease that had been considered “eliminated” by scientists. Reuters explained that “[a] growing and vocal fringe of parents in the United States oppose measles vaccines believing, contrary to scientific evidence, that ingredients in the vaccines can cause autism or other disorders.” Michelle M. Mello, a professor of law at Stanford Law School and a professor of health research and policy at the Stanford University School of Medicine explained to me in an interview that while there have been pockets of low vaccination rates in minority communities—like Somali Americans in Minnesota or Orthodox Jews in New York City—“On a national level, overwhelmingly, the demographic is educated, relatively affluent white families” that are choosing not to vaccinate their children. The epicenters of measles outbreaks are in liberal states such as California, New York, Oregon and Washington.

Meanwhile, as an example of how the rest of the world struggles with a dangerous infectious disease, the East African island of Madagascar is experiencing its worst measles outbreak in history. More than 115,000 cases of the virus have been confirmed in a country of 25 million, and at least 1,200 people have so far died. The dead are mostly children under the age of 15. Less than 60% of that nation’s residents are vaccinated, but not because of a fear that vaccines cause autism. Instead they face a more traditional obstacle: poverty.

In Madagascar, mass malnutrition has helped the virus spread faster among young people with compromised immune systems. According to Associated Press, although the measles vaccine is free, “Simply reaching a clinic for help can be a challenge. Many people in Madagascar cannot afford to see a doctor or buy medicine, and health centers often are understaffed or have poorly qualified workers.”

It is a monumental ode to human stupidity that the wealthiest nation in the world teeters on the edge of a dangerous measles epidemic at the same time that poor nations are struggling to vaccinate their residents. It is worth contrasting the first-world problems of misinformed American parents who are literally organizing “measles parties” for their children with poverty-stricken families in nations like Madagascar.

Measles is not a disease to be taken as lightly as the so-called “anti-vaxxers” would have you believe. Mello explained, “This is not a disease where your [unvaccinated] kid has to share saliva or snot with another kid to get infected. You just have to be in a room where another person with measles has passed through in the last couple of hours to have a 90% chance of infection.” Although mortality rates from measles are low in a nation like the U.S., there can be long-lasting damage to health, including severe hearing loss. Yet there are hordes of American parents who are more terrified of vaccines than they are of measles.

There has been much hand-wringing in the U.S. about how best to approach the fiercely defended views of the anti-vaxxer crowd. Study after study conducted by reputable scientists and published in peer-reviewed journals confirm the same thing: Vaccines do not cause autism. Worse, an examination of how best to convince parents about the safety of vaccines had a depressing conclusion that “existing strategies to correct vaccine misinformation are ineffective and often backfire, resulting in the unintended opposite effect, reinforcing ill-founded beliefs about vaccination and reducing intentions to vaccinate.” In other words, anti-vaxxers are fact-resistant and, when presented with reality, dig their heels in even harder to maintain their fantasy.

If any of this sounds familiar, there is an analogy to be made between anti-vaxxers and climate-change deniers. Both groups place faith in a gut-level sense of their rightful position on an issue that has far-reaching existential implications. And both groups refuse to acknowledge the vast body of sound scientific literature proving them wrong. But on the issue of climate there is an encouraging trend showing that a significant percentage of Americans who once believed global warming wasn’t real are now accepting the science. One report found that about a fifth of those who had recently seen the light did so because they personally felt the impacts of climate change.

Where vaccination rates are concerned, we see the opposite trend. Federal officials released data late last year showing that the percentage of unvaccinated toddlers in the U.S. increased four-fold in the last 17 years. It is no wonder we are seeing outbreaks of a disease like measles. Mello explained that “In order for us to stop the spread and slow it to the rate where the outbreak actually extinguishes itself in relatively short order, we need about 95% of the population to receive the [measles] vaccine.” She issued a dire warning that “If it goes any lower than that, the very high rate of spread will cause the outbreak to take on a wildfire aspect.” Just as some have suggested that “climate-change deniers are a danger to our security,” there is a strong case to be made that anti-vaxxers are a threat to our collective health.

Perhaps it is a testament to the effectiveness of vaccines in the U.S. that has fueled the ignorance of just how necessary they are. We had more or less eliminated measles from the U.S. and have had similar levels of success in eradicating other infectious diseases through vaccinations. We no longer live in a world where a parent’s worst nightmare is their child contracting smallpox. But as vaccination rates drop, diseases are returning. The question is: Do we really need to wait for hardcore anti-vaxxers to come around once they see the fatal impacts of their choices?

Just as combating climate change requires strong policy solutions and laws to stop runaway warming, laws are needed to maintain the herd immunity our society relies on. The state of California passed a mandatory vaccination law banning parents from refusing vaccines based on their personal beliefs. While this has encouragingly led to increased vaccination rates, the rate of medical exemptions has also increased, suggesting that some physicians and parents are taking advantage of a loophole. More recently, New York City officials have taken even stricter measures—requiring mandatory vaccinations and barring unvaccinated people who have been exposed to the disease from being in public places.

There are, of course, limits to the analogy of climate change denialism and the beliefs of anti-vaxxers. But there is also a terrifying link. As our planet warms, scientists predict that infectious diseases like measles are more easily transmitted. In other words, two waves of ignorance could be colliding at this very moment to produce the kind of mayhem we have not seen in our lifetimes. At a time when we have so much information at our fingertips, could humanity’s downfall really be marked by such incomprehension and thick-headedness?