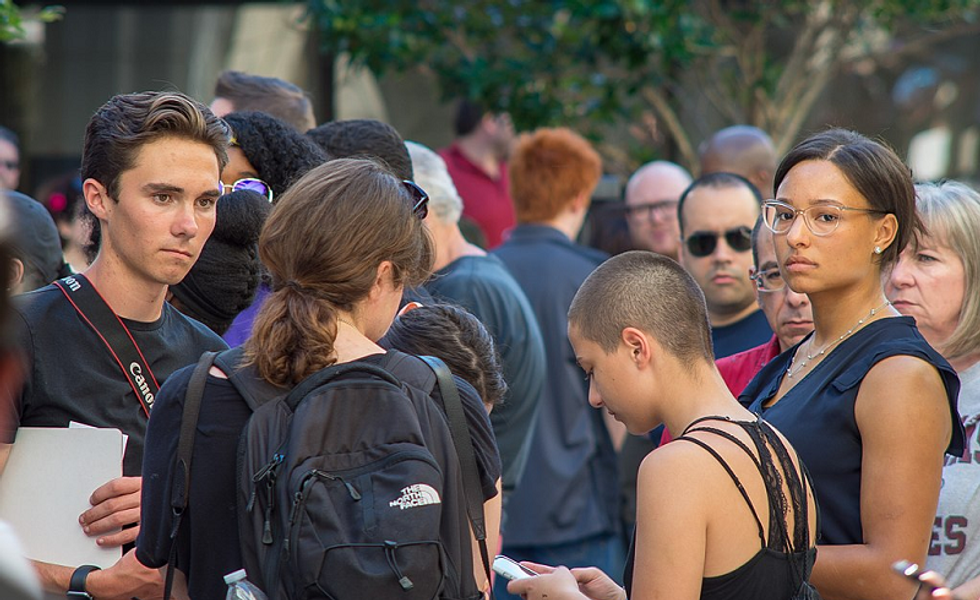 According to the Washington Post, new research from University of Florida political scientist Daniel Smith indicates that 18-21 year old voters in Parkland, Florida — a city that has become synonymous both with school shooting violence and civic youth engagement — saw an unusually high number of mail-in ballots rejected during the 2018 midterm election:

About 1 in 7 mail-in ballots submitted by college-age voters in Parkland were rejected or failed to arrive in time to be counted, according to an analysis. The findings are adding to questions about the reliability and fairness of the Florida electoral system, including its ballot signature requirement that became a flash point in the November recount between U.S. Sen Rick Scott (R) and the Democrat he ousted from office, Bill Nelson.

The elections office for Broward County, which includes Parkland, disputes this figure, but does acknowledge several thousand ballots in the county were uncounted, either because they were delivered past the cutoff date or because the signature on the ballot was deemed by county officials not to match the signature on the voter's registration form.

Florida's signature-match law is controversial and led to a legal nightmare during the vote count. A federal judge in November ruled that the law was being applied unconstitutionally and ordered that rejected voters be given extra time to cure their ballots.

Florida is a hostile place for young people to vote in general. Last year, a federal judge struck down a Florida law that prohibited state colleges from hosting early voting sites. The Parkland shooting survivors have been outspoken about improving youth turnout, and last year launched a nationwide voter registration tour.

While their organization, March For Our Lives, has made undeniable progress on gun law reform at the state level, there is a broad sense that the nation has not done enough to help the survivors, a point driven home over the past two weeks as two of them took their own lives.