'Shut up!': House erupts after GOP congressman flips out on Democrats during health care hearing 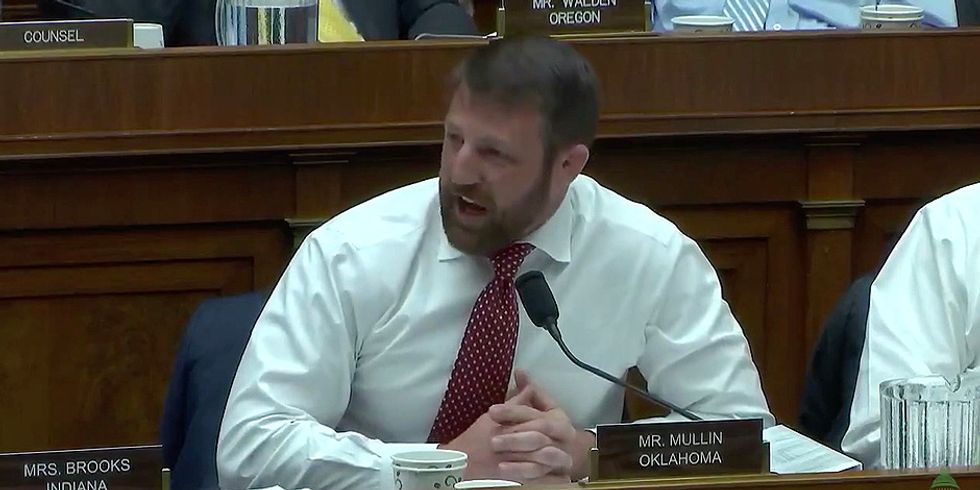 The U.S. House of Representatives is a centuries-old institution with some very specific written and unwritten rules and codes of behavior. These are designed to ensure not only appropriate respect for all Members – and their constituents – regardless of age, or gender, or party, but for the institution, the Constitution, and for the rule of law itself.

House Republicans are increasingly ignoring these rules of decorum, and it seems clear they are doing so intentionally to show their utter disrespect while attempting to appear as if they are not part of the Washington "establishment."

One of the unwritten rules is that male Members of Congress must be properly attired in a suit – including a jacket and tie. (And, naturally, pants and shoes.)

While it does not seem to be written anywhere, House and party leadership – and the Sergeant at Arms have been known to enforce it, at times vigorously, in years past.

But some Republicans are clearly doing all they can to show their disrespect, and it seems clear it's aimed at Democrats.

The Ranking Member of the House Oversight Committee, Rep. Jim Jordan, has taken to never wearing a suit jacket, as he almost daily attacks Democrats from his perch during important committee hearings:

Rep.Mullin has adopted Rep. Jordan's casual, rules-breaking, no jacket attire, but he's adding to his disrespect for the House and its members by telling a Democratic colleague to "shut up," as The Oklahoman and The Hill report.

In a diatribe during a House Committee hearing in which he attacked the Affordable Care Act this week, Rep. Mullin told Rep. Ben Ray Luján (D-NM) to "shut up."

Or, more specifically, he said to Rep. Luján, "you can shut up now."

Rep. Mullin also said ObamaCare "sucks," which offended at least one Member of Congress who requested that be stricken from the record.

Rep. Mullin is refusing to apologize.