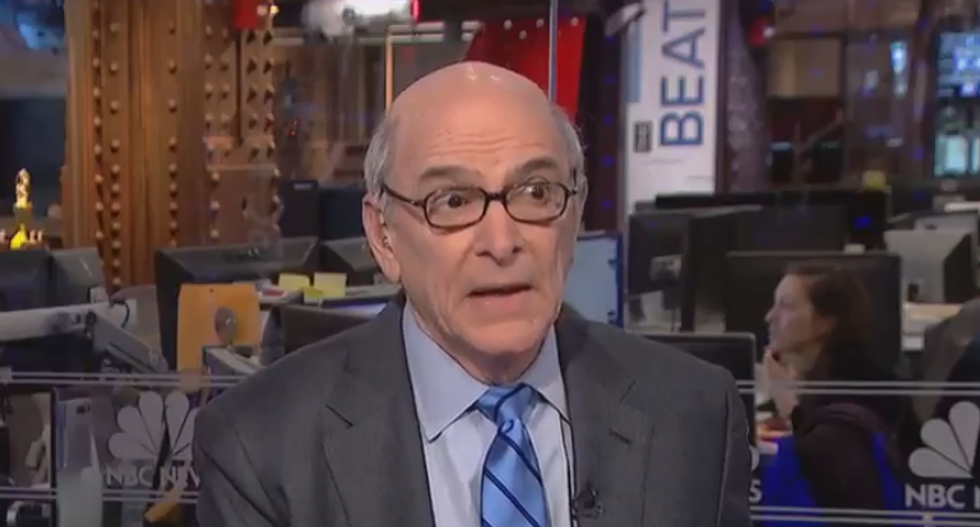 On Tuesday, the search warrant documents used by federal prosecutors in the Southern District of New York to investigate President Donald Trump's former attorney and fixer Michael Cohen were released on a federal judge's orders, albeit in highly redacted form.

But even though the specifics are unclear, former Watergate prosecutor Nick Akerman told Ari Melber on MSNBC's "The Beat," the documents are highly revealing — and they spell bad news for the president and his son.

"The first big takeaway on this is that Donald Trump and Donald Trump Jr. are under investigation," said Akerman. "The only reason this has been redacted is because of an ongoing investigation. The two people that we know that the U.S. attorney's office is looking at is Donald Trump and his son. So this does not augur well for either of them."

"You're going to say you have enough evidence there to be sure — not that you want Donald Trump Jr. to be under investigation at SDNY, not that you think it's warranted, but that you say that proves it's already happening?" Melber pressed him.

"I think it's happening, because those are the two people that are potential subjects of this investigation that are so obvious," said Akerman. "I mean, when you look at what the evidence is now, there are two witnesses that could testify against Donald Trump and Donald Trump Jr." He specifically fingered Cohen, and National Enquirer owner David Pecker, who allegedly brokered a "catch and kill" deal with Cohen about Trump's sexual misadventures.