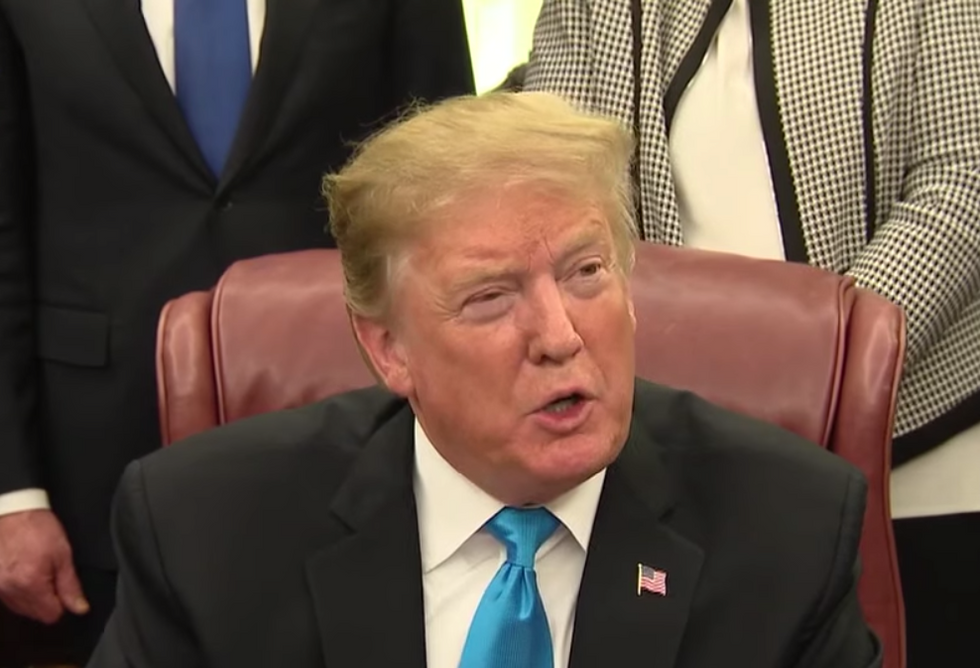 President Donald Trump tried to save face and minimize the damage and embarrassment of news, first reported Tuesday by NBC, that photos prove North Korea has begun rebuilding its dismantled long-range rocket test site, just days after his failed summit with Kim Jong-un.

"It's too early to see," Trump told reporters in the Oval Office Wednesday afternoon (video below), but noted it's a "very nasty problem."

Calling his relationship with the North Korean dictator "good," the President said, seemingly directly to Kim, "I would be very disappointed if that were happening," referring to the rebuilding of the rocket site.

"It's a very early report, we're the ones that put it out," Trump claimed, which does not appear to be correct, according to NBC News.

"North Korea is pursuing the 'rapid rebuilding' of the long-range rocket site at Sohae Launch Facility, according to new commercial imagery and an analysis from the researchers at Beyond Parallel," NBC reported. Beyond Parallel is "a project sponsored by the defense think tank Center for Strategic and International Studies."

President Trump has said he "fell in love" with the North Korean dictator who is the head of a government the United States has labeled a state sponsor of terror.

This is not the first time in recent months Kim's government, the DPRK, has taken offensive action.

"North Korea is expanding an important missile base that would be one of the most likely sites for deploying intercontinental ballistic missiles capable of reaching the United States, two experts on the North’s missile programs said Thursday, citing new research based on satellite imagery," The New York Times reported in December.