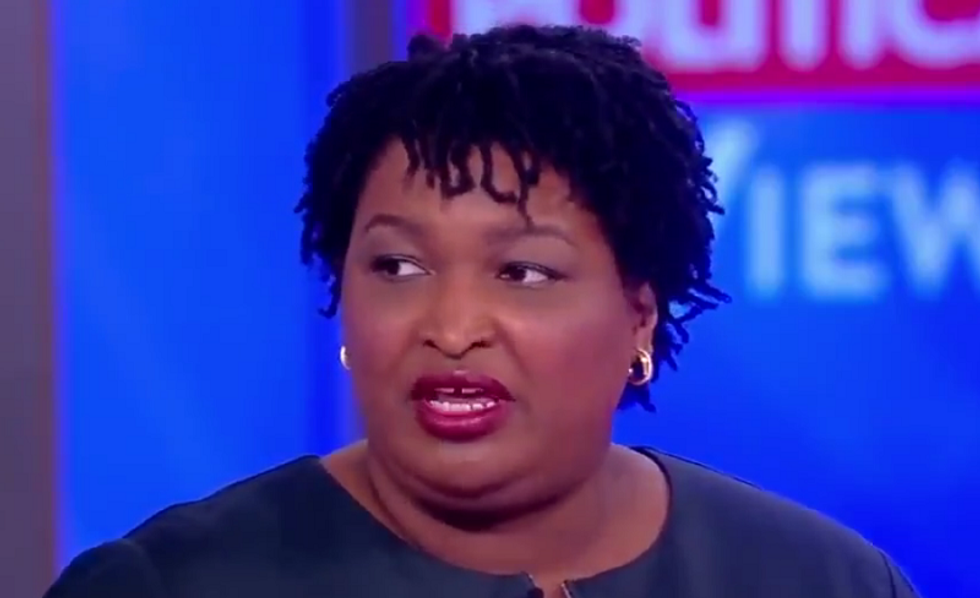 It's a criticism that has been batted around inside and outside the Democratic Party since before President Donald Trump won office in 2016: the notion that Democrats are losing their way because they are overly focused on "identity politics." The term means different things to different people, but it is broadly used as a pejorative for any sort of issue specific to a certain group, like the civil rights of women, African-Americans, or LGBTQ persons, that supposedly takes away from debate of "kitchen-table issues" like jobs and taxes and health care.

Former Georgia House Minority Leader and Democratic gubernatorial nominee Stacey Abrams, a voting rights crusader who is likely to run for office again in the near future, was asked about this in her appearance on ABC's "The View" on Wednesday.

"I wonder your thoughts on the Democratic Party leading into 2020," said co-host Abby Huntsman. "Are you concerned that there's going to be too much of a focus on duking it out, identity politics, focusing on investigations. When you talk to voters in Georgia, they care about their life everyday, they care about health care, they care about the economy, they care about changes that can be made to help them personally. What advice do you have for Democrats who are maybe missing that connection?"

"And so, identity is simply saying, I see you, and I see the obstacles to you getting the things that all of us want," she continued. "Health care, economic security, educational opportunity. What I look for in this Democratic primary are conversations that say, we see all of you. Because if we want people to turn out and vote in November, they have to be seen long before that. Because you don't win elections by convincing the same people to do the same thing — you win elections by getting new people to say, I care too. That's how we win, and that's what I'm asking everyone to do, and that's why voter suppression is such a big part of what I talk about. Because if you can't even have your voice heard, you're not going to participate in an election."

Oh man. I love how @StaceyAbrams slapped down the idea that issues around "identity politics" are secondary concerns on @TheView today. pic.twitter.com/0BPbeI0IbJ