US bombing kills 10 kids as endless conflict in Afghanistan rages on: UN 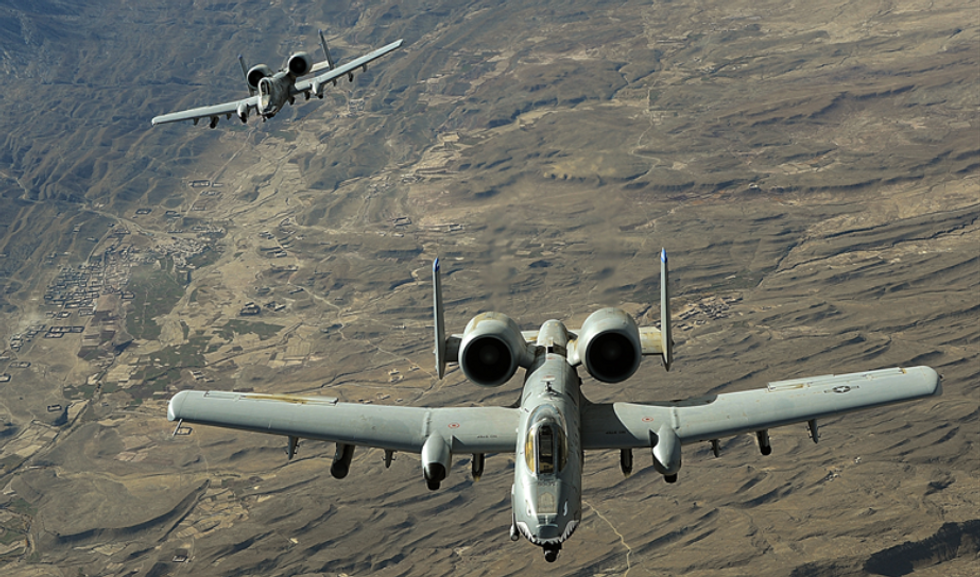 The United Nations said Monday that "international military forces" killed 13 civilians, 10 of whom were children, in an airstrike near Kunduz city in Afghanistan.

The United States, as Agence France-Presse reported, "is the only member of the international coalition in Afghanistan that provides air support in the conflict."

The children that were killed in the weekend strike were all part of the same extended family who had been displaced because of violence in another part of the county, according to the U.N. Assistance Mission in Afghanistan's (UNAMA) preliminary findings on the incident.

Three other civilians were wounded in the strike, UNAMA said.

Sgt. Debra Richardson, spokeswoman for the NATO-led Resolute Support mission in Afghanistan, confirmed that U.S. forces carried out an airstrike, but she said on Monday that the mission still had not confirmed that it had caused civilian casualties.

In a statement quoted by the New York Times, Richardson blamed the Taliban for the casualties. "The Taliban were hiding in civilian homes and maneuvered in and out of compounds without any concern for the families living inside," she said.

According to the Times, the incident broke out

after a convoy of American and Afghan Special Forces left the area of the previous day’s combat and an armored vehicle used by the Americans broke down as they were heading to a security checkpoint. When the soldiers got out to fix the vehicle, an Afghan soldier nearby opened fire on them; Afghan officials described him as a Taliban insider who deliberately provoked the attack.

The Americans fired back at the attacker, and Afghan soldiers stationed in a nearby outpost returned fire at them, not realizing what had happened, according to Mohammed Ibrahim, the commander of Afghan Local Police in Kunduz Province, who described it as an accident set off by the insider who first opened fire.

Americans ordered the airstrikes after roughly 20 minutes of crossfire, the Times reported.

The deadly bombing comes a month after the release of a U.N. report showing that 2018 saw the highest number of Afghan civilians killed in the war since records began a decade ago. Of the 3,804 civilian deaths, the report said, 927 were children.

The report also put blame on U.S. airstrikes for 393 of the total deaths, and noted that casualties from airstrikes have increased every year since 2014.