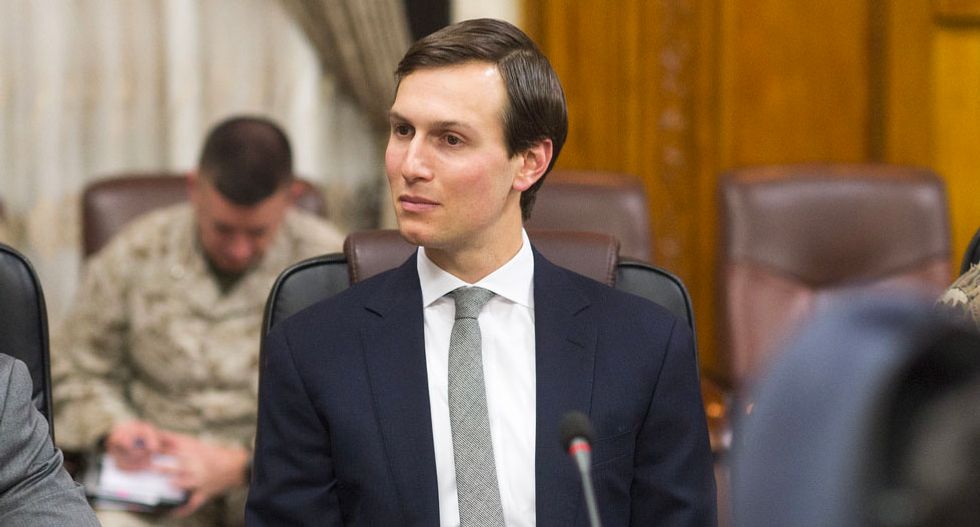 Two House Democratic Members of Congress have made an official "criminal referral" requesting the Dept. of Justice investigate Senior Advisor to the President Jared Kushner.

.@RepDonBeyer & I have made a criminal referral of Jared Kushner to @TheJusticeDept. Making false statements or o… https://t.co/FEfXCPdIpf
— Ted Lieu (@Ted Lieu)1551796137.0

"Making false statements or omitting material info on SF-86 security form is punishable by up to 5 years in prison," says Rep. Ted Lieu (D-CA), who served as a USAF Judge Advocate General (JAG) attorney, in the letter, which was published in Politico.

Lieu teamed up with Rep. Don Beyer (D-VA) to ask Attorney General William Barr to "open an immediate investigation to determine if Mr. Kushner is criminally liable for his false statements."

Lieu and Beyer note recent news reports revealing that President Trump overruled his chief of staff and intelligence officials, ordering Kushner, who also happens to be his son-in-law, to be granted a security clearance.

Kushner "omitted more than 100 foreign persons – including the Russian Ambassador," the two Congressmen note in their letter to the Attorney General.

They also criticize President Trump directly and First Daughter Ivanka Trump – who serves in the White House as Advisor to the President, and is married to Kushner.

"More than an act of blatant nepotism, the President's actions so threatened the integrity of our national security apparatus that Mr. Trump's Chief-of-Staff felt the need to document the order in a contemporaneous memo."

"Mr. Kushner and Ivanka Trump have both apparently lied in various public interviews and in statements," the letter notes.

"The threats posed by the ill-gotten security clearances are not theoretical," the Democrats' request notes. They point to a Washington Post article, and say that the "U.S. intelligence community has intercepted numerous communications from foreign nationals discussing how they could manipulate Mr. Kushner, "taking advantage of his complex business arrangements, financial difficulties he had at the time and his lack of foreign policy experience."

They conclude, "the President and his son-in-law have made a mockery of the security clearance process. Their actions put U.S. national security at risk and offended the thousands of dedicated career offices who both grant and receive clearances the correct way."