'Deface the nation': A brief history of Trump's latest attack on the media 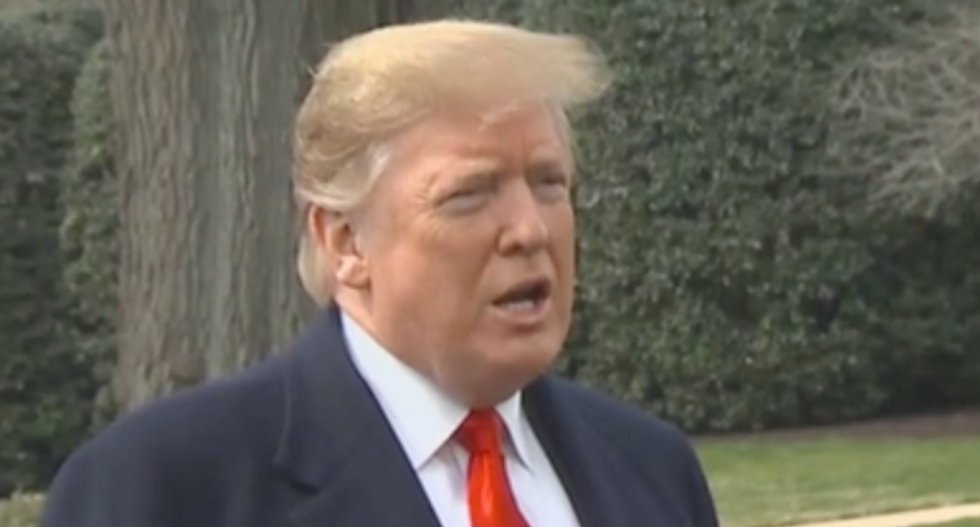 President Donald Trump seldom misses an opportunity to bash the mainstream media, and during a speech at an army tank plant in Lima, Ohio this week, Trump mockingly referred to CBS’ “Face the Nation” as “Deface the Nation.” It was a rally-the-base moment, as “Deface the Nation” is a line that has also been used by far-right AM talk radio veteran Rush Limbaugh—a frequent cheerleader for Trump’s presidency.

Ft. Lauderdale, Florida-based Twitter user Aaron Klueber (who describes himself as an “ex-GOP conservative with Libertarian leanings”) sarcastically tweeted that “Deface the Nation” is a new line “only if you chase it with 40 OxyContin”—clearly a reference to Limbaugh’s struggle with OxyContin addiction in 2003. Sixteen years ago, Limbaugh’s critics found it ironic that he was battling an addiction to pain medication after having been an aggressive and vocal proponent of the War on Drugs.

Limbaugh has also described the CBS talk show as “Slay the Nation.” Like Trump, he is a frequent critic of the mainstream media, which he calls the “drive-by media” (as in drive-by shootings).