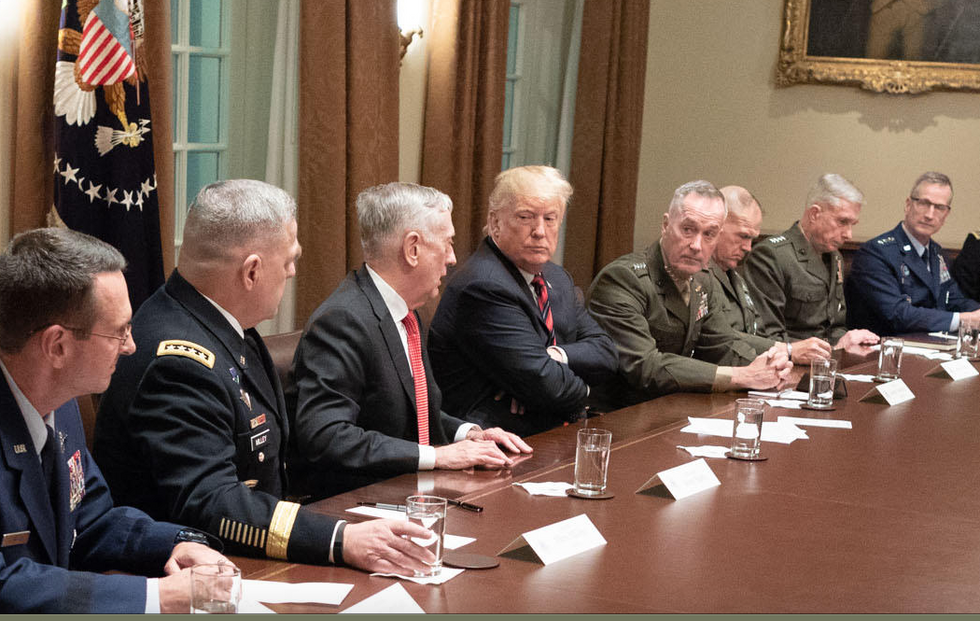 President Donald Trump told reporters Thursday that he has "overridden" his administration's decision to defund the Special Olympics in its budget.

“The Special Olympics will be funded, I just told my people,” he said.

The budget has already been finalized and sent to Congress, so it's not actually clear what he meant. But the announcement was, essentially, a complete betrayal of Secretary of Education Betsy DeVos, who has been under fire since news broke that her department took the funds out of its proposed budget. She has tried to defend the move by attacking the media, but she couldn't escape the fundamental fact and callousness of what had been done.

And earlier in the day, Trump campaign Deputy Communications Director Matt Wolking had defended the cuts, saying on Twitter, "The Special Olympics, by the way, is a private charity with $61.3 million in net assets that gets only 10% of its funding from taxpayers and enjoyed a $1.8 million surplus in FY2016."

Of course, it's the right thing for the president to back off from the decision. The cut sent a heartless and demeaning message that the administration doesn't care about the community that participates and celebrates the Special Olympics, even if the organization could get the funding elsewhere.

But the controversy never needed to happen in the first place, and the outcry could have been predicted. The money supposedly saved by defunding the organization was trivial. And now, Trump is refusing to take responsibility for the decision, blaming "his people" as all eyes are on DeVos. Of course, she's not blameless, but ultimately he is the responsible actor in the administration. And if he was going to reverse the decision, a gracious and respectful boss could have at least let DeVos make the announcement, given that she had taken the heat for it.

In the end, Congress decides whether to cut the funding, and there was no real chance that lawmakers would have followed the administration off this public relations cliff. But the old cliche is true — budgets are moral documents because they reveal your priorities. And this revelation was a dreadful look for the White House and the Education Department.

This story has been updated to clarify the budget request process.