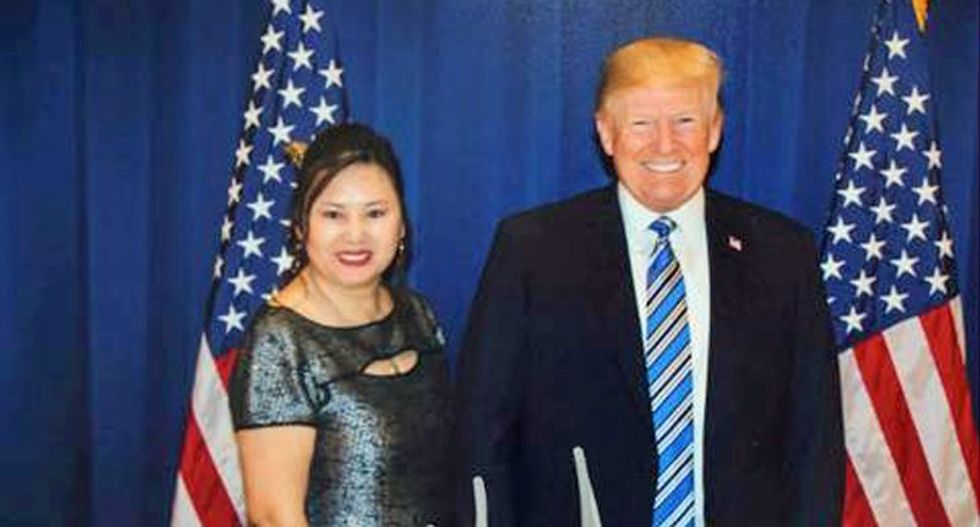 Top Democrats on the House and Senate Judiciary and Intelligence committees are urging the FBI to open a new investigation into ties between Donald Trump and a Florida woman who is alleged to have sold access to Trump and other politicians.

In a March 15 letter to FBI Director Christopher Wray and Director of National Intelligence Dan Coats, the four Democrats say Yang's businesses and relationship with Trump raise "serious counterintelligence concerns." The letter cites the fact that Yang's website promised clients "the opportunity to interact with the President, the [American] Minister of Commerce and other political figures" while also offering to arrange "White House and Capitol Hill dinners." The letter also notes that Yang reportedly frequented Mar-a-Lago and even posed in a photo with Trump at a 2019 Super Bowl party at Trump's West Palm Beach golf club. Yang also reportedly facilitated the attendance of a group of Chinese business executives at a Trump fundraiser in New York.

The @MiamiHerald is reporting this AM that the owner of the spa where Robert Kraft was busted likes to hang with Do… https://t.co/s90OoLGJrD
— SFDB (@SFDB)1552051141.0

Specifically, the four Democrats urged Wray to conduct "criminal and counterintelligence investigations into credible allegation of potential human trafficking, as well as unlawful foreign lobbying, campaign finance and other activities by Ms. Yang."

Another day, another counterintelligence risk posed by the Trump administration.