'The Trumpian way out': Purdue Pharma slammed for considering bankruptcy 'to avoid accountability for their role in the opioid epidemic' 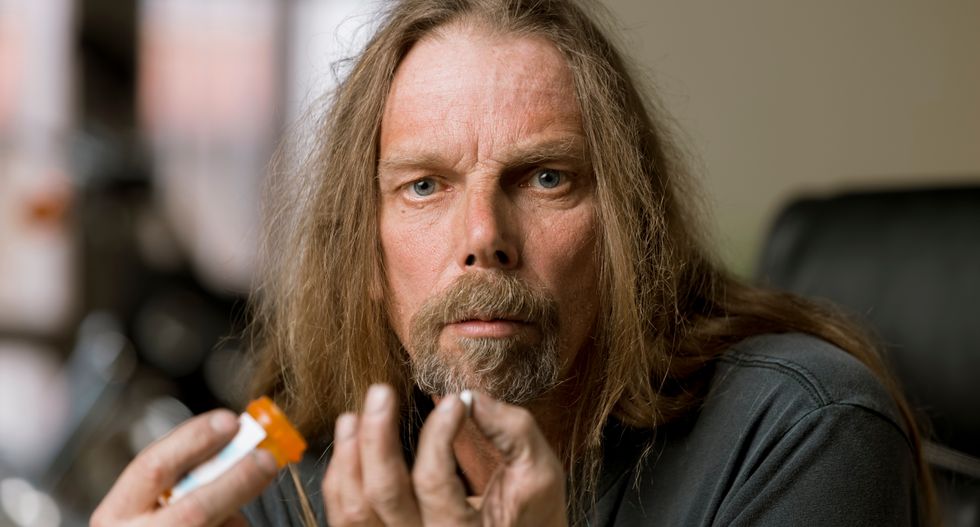 After spending hundreds of millions of dollars convincing the American public that opioid painkillers are safe to use for chronic pain—and fueling a deadly, decades-long addiction epidemic as a result—the drug maker Purdue Pharma could file for bankruptcy to avoid being held accountable for its actions.

According to Reuters, Purdue is considering bankruptcy to halt thousands of lawsuits and allow the company to settle with the plaintiffs out of court.

Critics on social media slammed the manufacturer for apparently seeking a way out of its legal troubles without allowing its accusers to bring their cases to trial.

Purdue Pharma is filing for bankruptcy to avoid accountability for their role in the opioid epidemic. When we say “… https://t.co/JgvjxetTEF
— ACT UP NY (@ACT UP NY)1551730626.0

The lawsuits have been filed in dozens of states—of about 2,000, 1,600 are in a federal court in Ohio, with the remaining litigation spread across the country. A number of state attorneys general, including Maura Healy of Massachusetts and Mike Hunter of Oklahoma, are also suing the company.

Litigants say the company misled the public and the medical community about the safety of OxyContin, the opioid painkiller it released in 1996, and other opioids, which are chemically similar to heroin and are commonly prescribed in pill form for pain management. Purdue and other drug companies spent years assuring Americans that drugs like OxyContin, Vicodin, and Percocet were suitable for long-term use.

"Purdue Pharma and its executives built a multi-billion-dollar business based on deception and addiction," said Healy last year as she announced her state's suit. "The more drugs they sold, the more money they made, and the more people in Massachusetts suffered and died. These defendants must be held accountable for their role in the opioid epidemic that has ravaged our state and claimed so many lives."

Addiction experts say the drugs should only be prescribed for acute pain, such as after surgery or during end-of-life care, due to their highly addictive quality.

A Justice Department report revealed last year that Purdue began receiving reports that some patients were becoming addicted to OxyContin almost immediately after they began selling it.

Opioids were involved in more than 47,000 overdose deaths in 2017. Between 2000 and 2014, overdose deaths from opioids increased by about 200 percent as Purdue Pharma reported rising profits. The company made $45 million in sales of OxyContin the first year it was on the market and reported a 2,000 percent increase by 2000. By 2010, OxyContoin was bringing in $3.1 billion.

In 2007, the company and three of its top executives pleaded guilty to using deceptive practices to market OxyContin, paying $634.5 million in fines.

But critics have raised concerns that a bankruptcy filing by Purdue could keep victims of the epidemic the company helped fuel from being heard.