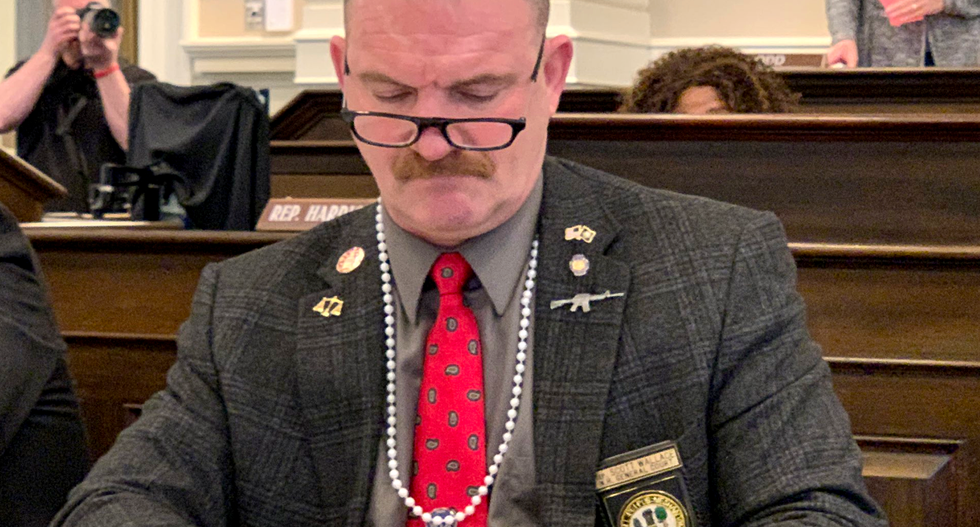 According to the Washington Post, state legislators presided over the hearing Tuesday with volunteers from Moms Demand Action for Gun Sense in America while donning pearl necklaces. As the Post reports:

“The implication was clear, they said: These politicians thought gun-control activists were ‘clutching their pearls’ in overwrought and self-righteous outrage — and, specifically, female outrage.”

“They clearly did not come to this hearing with open minds or compassion for their constituents,” she said of the lawmakers.

“When you are a male lawmaker and you come to a hearing wearing a pearl necklace and a semiautomatic rifle pin, you sort of lose control of the narrative,” she told the Post. “It seems like a pretty foolish choice.”

On Twitter, Kimberly Morin of the pro-gun group Women’s Defense League of New Hampshire claimed the necklaces were worn “in support” of “Women who ACTUALLY PROMOTE GUN SAFETY and WOMEN’S RIGHTS”—and not as a means to denigrate female gun-control activists. Meanwhile, in an interview with the New Hampshire Union Leader, Morin called members of Moms Demand Action “harpies.”

Despite Morin's claim that the pearl necklaces meant no harm, Watt's stands by her interpretation of the stunt.

“They made light of this very important law that has been passed in nine states in the past year, and signed by Republican and Democratic governors alike," she said. "They showed they were not coming to this hearing with an open mind, and they were making light of survivors who were testifying on the suicide of a child, or women who were survivors of domestic abuse.”