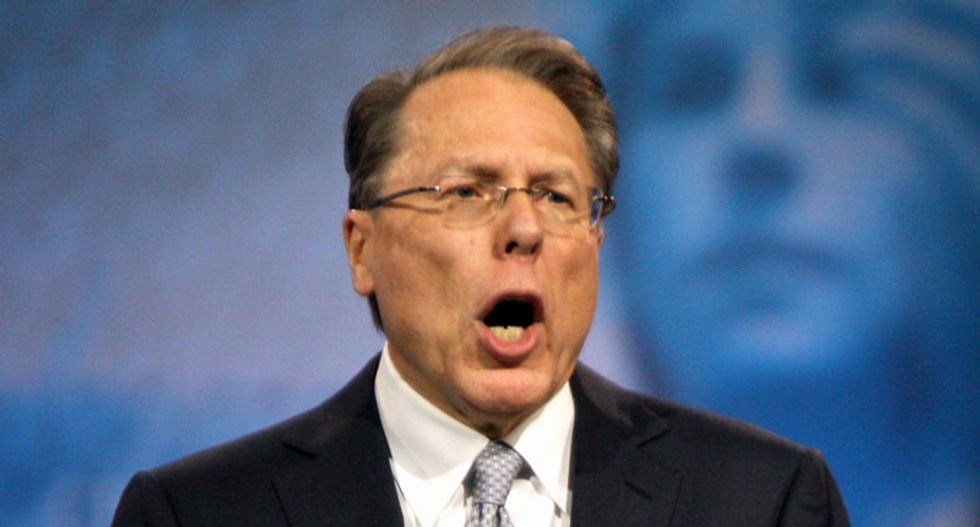 National Rifle Association executive vice president Wayne LaPierre issued a stark warning that the group may be forced to shut down due to financial woes in a fundraising letter to supporters.

LaPierre wrote in a four-page letter that the group may be forced to shutter “very soon,” The Daily Beast reported. The NRA chief blamed the financial woes on New York Gov. Andrew Cuomo, a Democrat who last year directed state regulators to "urge insurance companies, New York State-chartered banks, and other financial services companies licensed in New York to review any relationships they may have with the National Rifle Association."

“Right now we’re facing an attack that’s unprecedented not just in the history of the NRA, but in the entire history of our country. And if this attack succeeds, NRA will be forced to shut down forever,” LaPierre wrote.

“And let me be clear,” he added. “Cuomo’s tactics are already working. One by one, more and more banks and insurance companies across the country are knuckling under to Cuomo’s threat — and telling NRA they won’t do business with us — because they don’t want to be targeted and crushed by Cuomo’s strong-arm tactics and the vast power of thousands of New York bureaucrats.”

The NRA sued Cuomo last year, accusing him of violating its First Amendment right. A judge allowed the suit to move forward in November, The New York Law Journal reported.

The suit claims the NRA has “suffered tens of millions of dollars in damages” as a result of Cuomo’s actions and warned that “it could be forced to shutter its multimillion-dollar television network, NRA TV, or a number of its print publications.” Without insurance, the suit said, the group “cannot maintain its physical premises” or “convene off-site meetings and events.”

The NRA’s financial woes go well beyond Cuomo. While President Obama was a boon for NRA donations, Presient Trump’s across-the-board pro-gun stance has caused the group’s income to plummet by $55 million, The Daily Beast reported. The organization suffered an $18 million loss in 2017 after losing $46 million in 2016.

The NRA's unprecedented support for Trump has also led to many questions. The group, which spent $30 million to help Trump, nearly three times what it spent supporting Mitt Romney in 2012, appears to have illegally coordinated spending with the Trump campaign, The Trace reported.

The NRA is also under scrutiny for its ties to Russian officials. Numerous of the group's officials traveled to Russia in 2015 as part of a Russian effort to infiltrate conservative political organizations. The trip was organized by then-Russian central banker Alexander Torshin, an ally of Vladimir Putin, and admitted Russian spy Maria Butina. Torshin was the focus on an FBI probe into whether Russian money was funneled through the NRA to the Trump campaign, Politico reported last year.

“We should let them express their gratitude now,” Butina wrote in an email to Torshin after declaring the 2015 Moscow trip a success, “we will put pressure on them quietly later.”